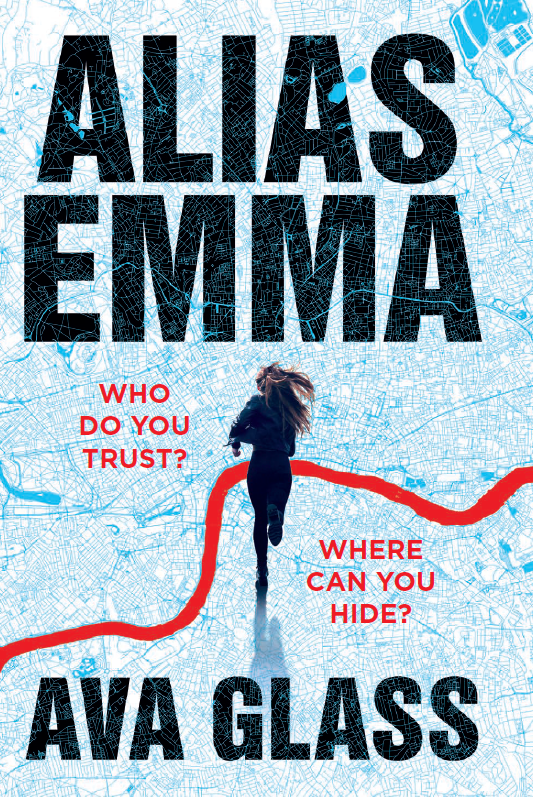 After its initial publication in the US earlier this week, we are delighted that Ava Glass‘ Alias Emma, the first in a new series of spy thrillers, is out today in the UK (Penguin / Century).

In Alias Emma, British spy Emma Makepeace has one night to get the son of a former Russian secret agent to protective custody without being captured on the thousands of Russian-hacked CCTV cameras across London. In a world where constant surveillance is our reality, how can a spy on the run hope to cross the city without being seen? Travelling on foot and operating without phones or bank cards that could reveal their location or identity, Emma has 12 hours to complete this impossible assignment. Just one wrong move with get them killed…

Described by Ava’s UK editor Selina Walker as ‘escapist fiction at its very best,’ we are so excited for readers in the UK to discover this thrillingly addictive and meticulously plotted novel. In true espionage fashion, Ava Glass is a penname of Christi Daugherty, a former crime-scene reporter turned bestselling author whose books have been translated into 25 languages.

In the lead-up to publication, international rights to Alias Emma have been snapped up by 9 territories, while film & TV rights have been optioned by a leading producer. Alias Emma has also received glowing reviews from a star studded list of authors, just some of which are below:

Alias Emma is one of those wonderful thrillers that you read in a day and know you’ll remember for years. Emma Makepeace is a worthy heir to the James Bond mantel.’ James Patterson

‘A thrilling read, with brilliantly likeable protagonists, nonstop heart-pumping action, and multiple twists and turns. I could not have loved it more!’ Lisa Jewell

‘It’s got a terrific lead character in Emma Makepeace, a young spy in a covert department where nobody is to be trusted. It’s all tremendous fun and I suspect this is going to be a major, long-running series.’ Anthony Horowitz

Congratulations, on this UK publication, Ava!