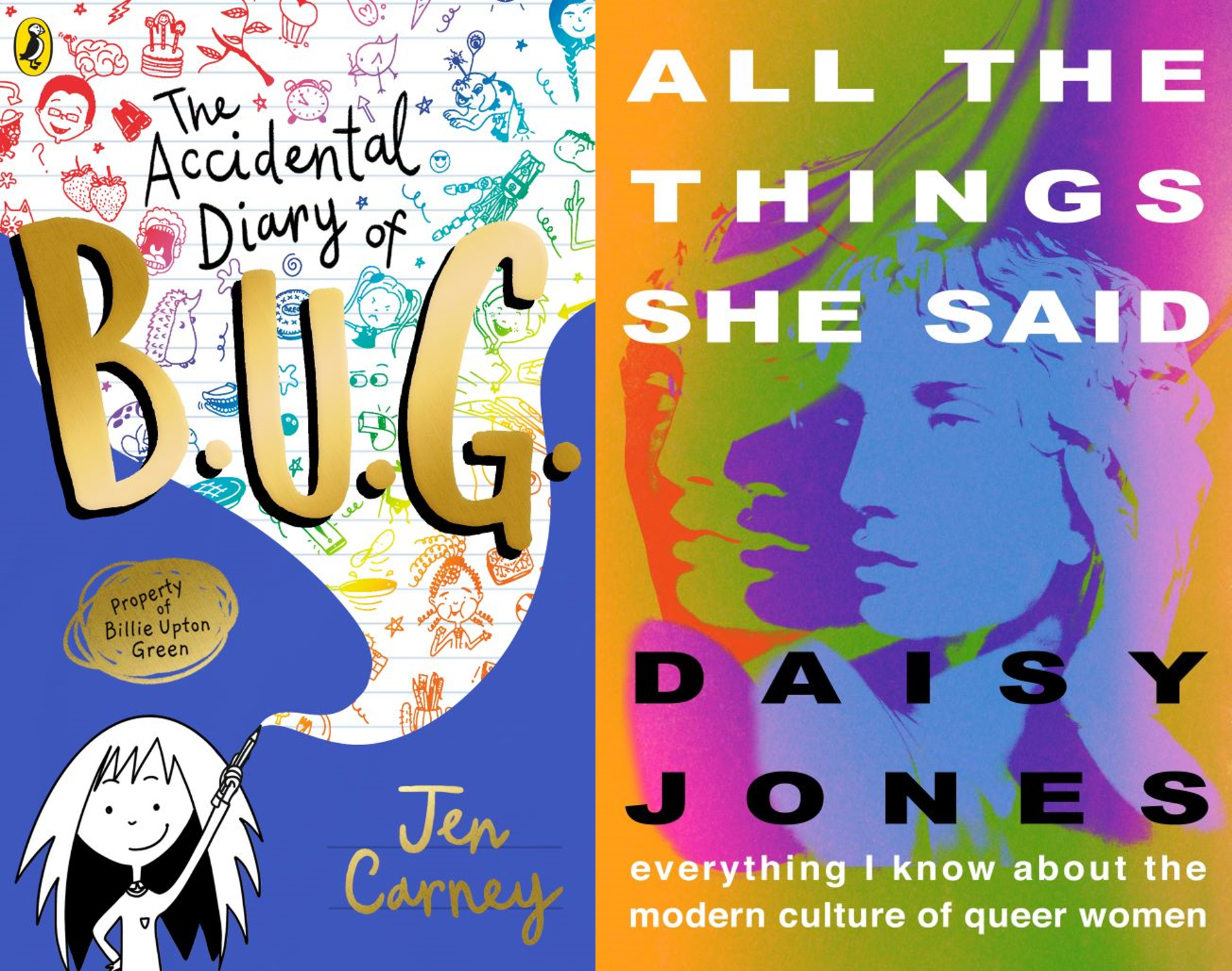 We are over the moon that two of our fabulous authors, Daisy Jones and Jen Carney have been longlisted for The Polari First Book Prize.

The prize, which is awarded annually to a debut book that explores the LGBTQ+ experience, has previously been won by writers including Kirsty Logan, Diriye Osman, Amrou Al- Kadhi and Mohsin Zaidi. The shortlist will be announced this September.

The modern, personal guide to the culture of queer women, All The Things She Said by Daisy Jones, shines a light on the never-ending process of coming out, what it’s like to date as a queer woman, and the reasons why mental health issues have disproportionately impacted LGBTQ+ people, All The Things She Said was a hit with readers when it first published last year and recently returned to shelves in paperback. This is the perfect time to pick up your copy.

Meanwhile Jen Carney is nominated for her children’s book, The Accidental Diary of B.U.G. It’s the first in a series that follows the hilarious and sassy, Billie Upton, as she navigates school, family, and helps the new girl in her class to settle in. An endearing, entertaining, and wonderfully uplifting queer novel for middle-grade readers. Find yours here.

Congratulations to you both!