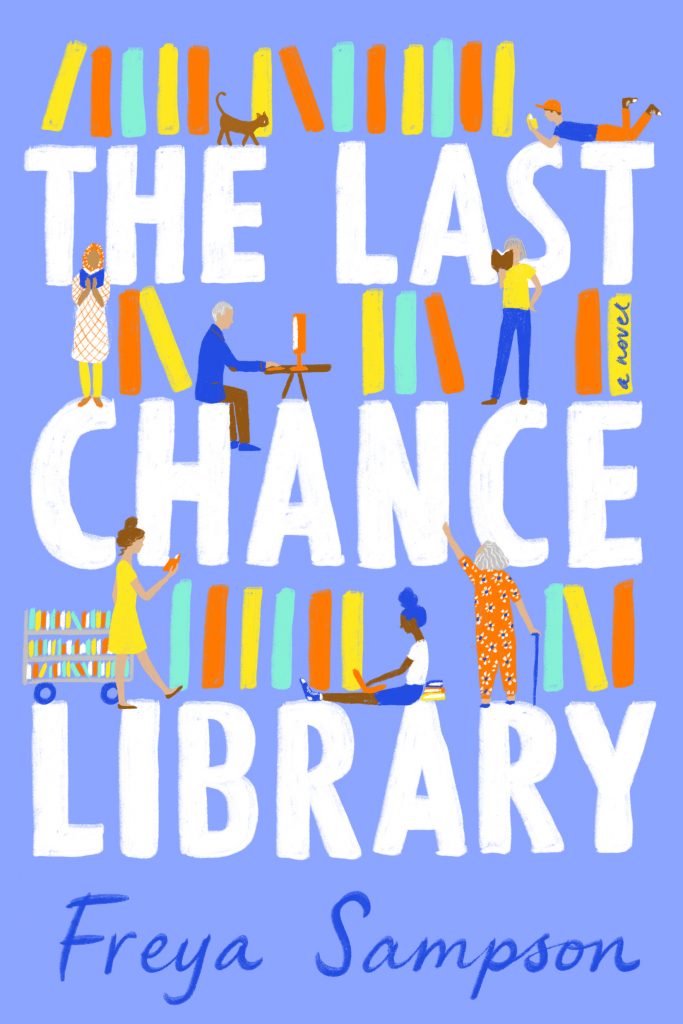 In this understated debut by talented writer Freya Sampson, the oh-so-familiar reality of libraries at risk of closure is put under the spotlight. But so too is the way in which they become centres of the community, bringing people from all walks of life together. Will this community be strong enough to fight back against the powers that wish to shut it down?

The Last Chance Library is already creating a storm, having been picked as a Library Reads pick for August and featuring in PopSugar’s roundup of  “The 55 Best Books You’ll Absolutely Lose Yourself In This August” and 69 New and Upcoming Debut Novels to Discover  on Goodreads and there is even more praise coming in for Freya’s novel from readers, reviews and fellow authors. Check out what many have been saying…

“Author Sampson has created a gem of a book populated by vivid personalities and a story that weaves together heroes and villains, love and loss, mourning and growth as it follows June and the Chalcot community as they seek to save their library—which offers so much more than books. A delightful exploration of personal growth, inner strength, and the importance of family, friends, and love.” Kirkus Reviews

“…a sweet testament to the power of reading, community, and the library.” Booklist

“[A] winsome debut…Sampson convincingly brings her characters to life, as well as the importance of their collective crusade to save the library. Readers will be touched by June’s transformation.” Publisher’s Weekly

“The Last Chance Library is absolutely irresistible! Curl up and indulge in Freya Sampson’s charming novel about a shy librarian in a small town with a great cause. You’ll have such a good time and you’ll love the unexpected twist at the end!” Nancy Thayer, New York Times bestselling author of Family Reunion

“The Last Chance Library is a heart-squeezing and charming story about grief, love and the power of community. An absolute delight.” Colleen Oakley, USA Today Bestselling Author

If this one tickles your fancy, here’s a little look at what is in store…

June Jones emerges from her shell to fight for her beloved local library, and through the efforts and support of an eclectic group of library patrons, she discovers life-changing friendships along the way.

Lonely librarian June Jones has never left the sleepy English village where she grew up. Shy and reclusive, the thirty-year-old would rather spend her time buried in books than venture out into the world. But when her library is threatened with closure, June is forced to emerge from behind the shelves to save the heart of her community and the place that holds the dearest memories of her mother.

Joining a band of eccentric yet dedicated locals in a campaign to keep the library, June opens herself up to other people for the first time since her mother died. It just so happens that her old school friend Alex Chen is back in town and willing to lend a helping hand. The kindhearted lawyer’s feelings for her are obvious to everyone but June, who won’t believe that anyone could ever care for her in that way.

To save the place and the books that mean so much to her, June must finally make some changes to her life. For once, she’s determined not to go down without a fight. And maybe, in fighting for her cherished library, June can save herself, too.

A massive congratulations, Freya, we are so proud of you and your stunning debut novel!