Reputation, Lex Croucher’s Regency romp publishes in paperback in the US 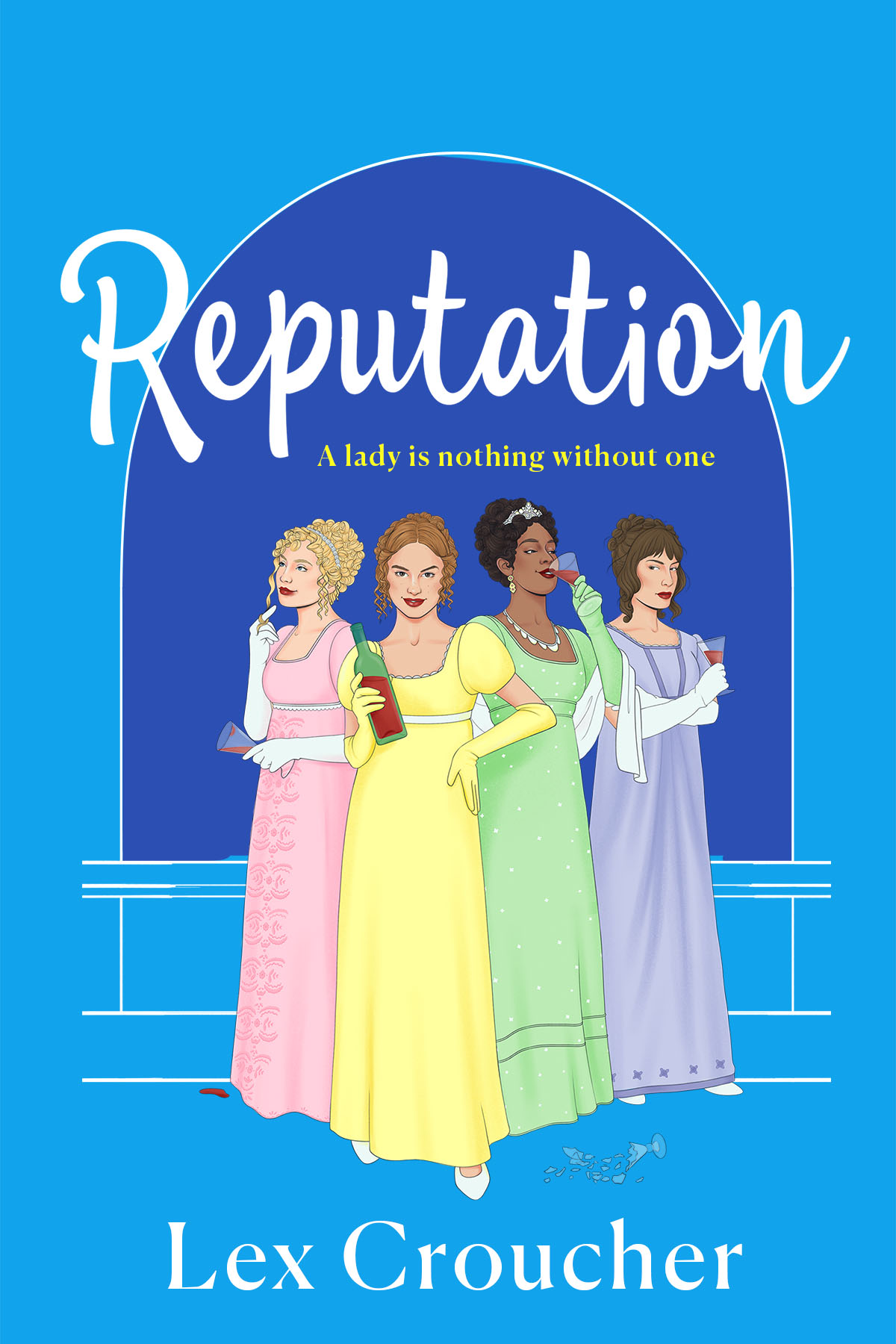 For those who have already binged the second series of Bridgerton, fear not – we have another scandalously addictive Regency tale to fill your waking hours, as Lex Croucher’s Reputation hits US bookshelves in its new, glorious paperback form.

Reputation thrilled readers when it was first released last summer. It’s a novel that turns the tried and tested regency genre on its head with a rebellious cast of characters disinclined to abide by society’s rules and readers cannot get enough. For those who are already fans, Lex will be joining a panel at YALC 2022 in July to discuss historical novels and the inspiration behind them, further.

Here’s a snippet to tempt you…

Bridgerton meets Gossip Girl with a dash of Jane Austen, in Reputation, a Regency-era historical romantic comedy with a deliciously feminist twist, from a hilarious new British voice, Lex Croucher.

Abandoned by her parents, bookish and sheltered Georgiana Ellers is spending the summer with her stodgy aunt and uncle at their home in the English countryside. At a particularly dull party, she meets the enigmatic Frances Campbell, a wealthy member of the in-crowd who delights Georgiana with her disregard for so-called “polite society.”

Lonely and vulnerable, Georgiana quickly falls in with Frances and her wealthy, wild, and deeply improper friends, who introduce her to the upper echelons of Regency aristocracy, and a world of drunken debauchery, frivolous spending, and mysterious young men. One, in particular, stands out from the rest: Thomas Hawksley, who has a tendency to cross paths with Georgiana in her most embarrassing moments. Sparks fly, but Thomas seems unimpressed with the company she is keeping. And soon, Georgiana begins to wonder whether she’ll ever feel like she fits in––or if the price of entry into Frances’s gilded world will ultimately be higher than she is willing to pay.

Set against a backdrop of lavish parties, handsome men on horseback––and in a time when one’s reputation was everything––this edgy, hilarious romantic comedy explores sex, consent, belonging, and status through the eyes of an unforgettable heroine that Austen herself would have cheered for.

‘Reputation is the fresh, fiercely feminist, and utterly irreverent sendup of Jane Austen that I didn’t know I needed… novel that blends a loving-but-cheeky homage to the genre with biting social commentary and an exploration of class and gender roles. Hold on to your bonnets: this is not like any Regency novel you’ve ever read before.’

‘There’s nothing prim or proper about Lex Croucher’s dazzling debut novel, Reputation which is so boldly, audaciously modern in its portrayal of 19th-century mean-girl culture that I kept waiting for someone to inform the heroine that on Wednesdays, they wear pink…Filled with humor and charm, Reputation is not always an easy read, but it’s a vivid and fascinating one. And it’s definitely not quaint.’

And if you love Reputation, why not preorder an exclusive, signed copy of Lex’s next book, Infamous, which publishes this summer.