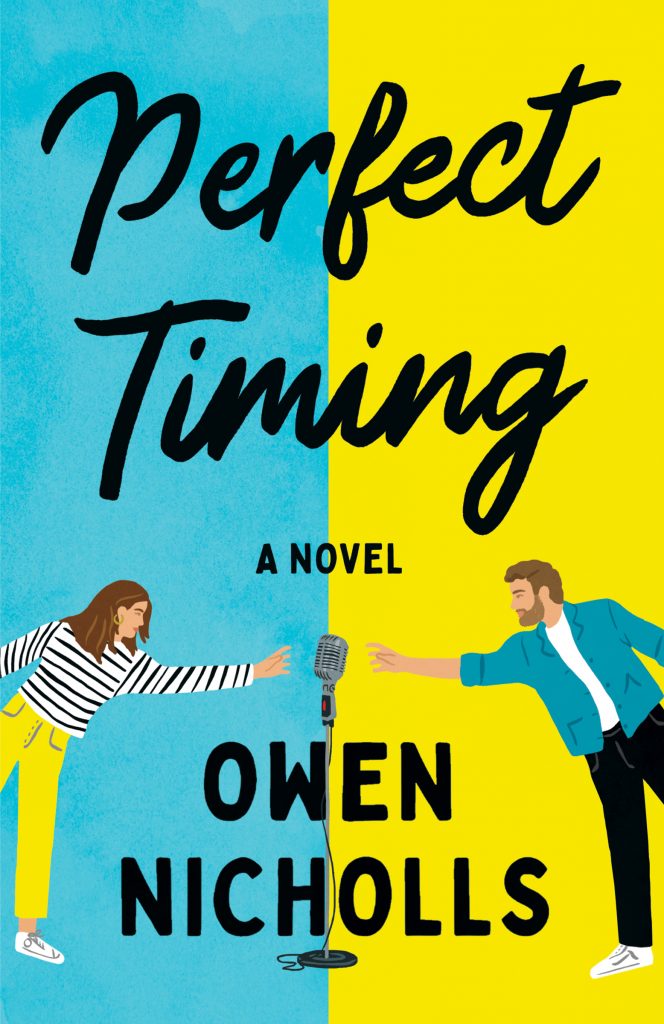 Perfect Timing is the hilarious and heart-warming new rom-com by Owen Nicholls and it is available in the US and Canada today courtesy of Ballantine.

Owen Nicholls’ new novel has been pleasing British readers since its release here last month, and Owen was thrilled to find his book sat among some of the hottest summer releases at his local Waterstones:

He has also been busy orchestrating a book giveaway on Twitter for those willing to share their opinions on which book cover is their favourite – the British or the US? We’ll let you decide…

I'll keep this open until Midnight tonight then DM the winners.

And amidst such a busy schedule, he also had time for an interview with book blogger and fellow author Deborah Kalb which you will be able to catch on her website very soon! Meanwhile, readers and reviewers have also been praising Perfect Timing, calling it a satisfying blend of typically British rom-coms a la Richard Curtis and Nick Hornby. If that doesn’t make you want to pick up a copy, nothing will.

“It was sad, funny, irritating (in a good way), and sweet all rolled into one. Heartbreakingly hopeful and raw. The perfect mix of Love, Actually and Just Like You.” Katherine Slee

“Thought-provoking yet tender, witty and warm, and with characters you’ll care about and be rooting for until the end, Perfect Timing is a romantic rollercoaster of a novel. I loved it.” Matt Dunn

“Nicholls writes with warmth and humor…an angst-filled love story about the value of growth and understanding.” Kirkus Reviews

So here is a tiny peak at what it’s all about:

Up-and-coming musician Tom thinks he met the love of his life one night a year ago, but thanks to a made-up girlfriend, he’s pretty sure he’s never going to see her again. If it weren’t for the painkillers the doctor had given him for his dislocated shoulder, he could’ve explained what really happened. But now the moment for explanations has gone, so he just keeps writing songs about her in the wild hope that she’ll hear one on the radio and understand.

Jess thinks she met a cheating liar one night a year ago, but much to her chagrin, she can’t seem to stop thinking about him. When she finally decides to take it upon herself to tell Tom’s girlfriend what happened that night, she finds out that the truth isn’t quite what she thought it was. But by then it’s too late—she’s headed to the other side of the world to launch her comedy career.

As the years go by, Tom and Jess are never far from each other’s thoughts. But every time it seems that there might be a way for them to move forward, something else conspires to keep them apart. In life and in love, timing is everything—but will Tom and Jess ever manage to get it right?