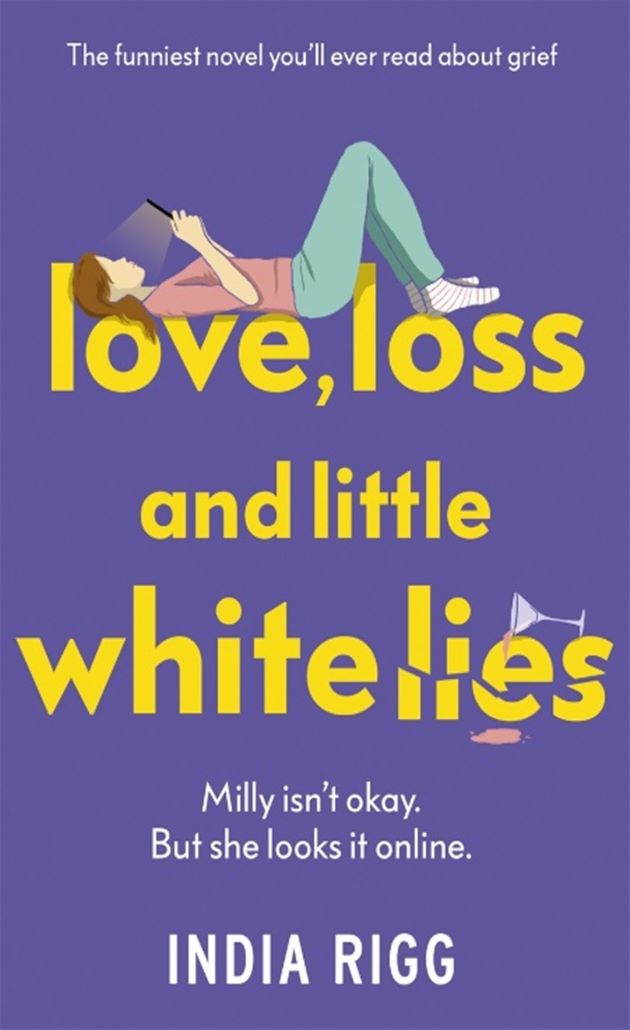 A millennial novel full of heart, honesty and nostalgia, Love Loss and Little White Lies is a tribute to the teen magazines of the past and the never-ending cycle of social media that replaced them. This wonderful debut by India Rigg publishes in ebook with Hodder Studio today.

India Rigg was inspired to write by the constant analysis of ‘millennials’ in the media and an array of personal, comical experiences. Telling the story of a young millennial-aged widow, she unites an unfamiliar situation with a friendly, familiar narrative. Those who have been lucky enough to read it early cannot get enough:

Milly Dayton became a widow at 26. Two years later, she’s got the whole thing down

Milly isn’t okay but she looks it online. But everyone lies about their lives on Instagram, don’t they?

One day, sick of all the pretence, Milly creates Mizzennial, a new channel inspired by the straight-talking magazines of her childhood. But even here, she still can’t quite admit how lonely she really is. Can she take her own advice, finally open up and start to move on?

We’re sure you’ll fall in love with the funniest novel you’ll ever read about grief just as we did. Congratulations, India!