Just in time for Mother’s Day this month, Heather Marshall’s debut novel Looking For Jane, publishes in the UK and Canada today 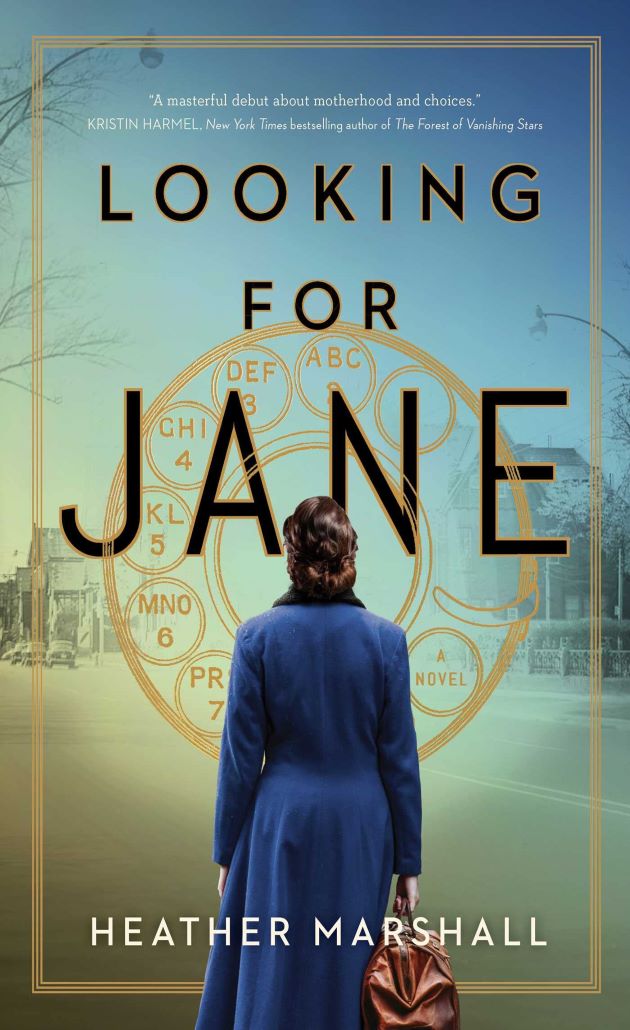 Three women, three timelines, and an underground abortion network based on the real-life Jane Network, Looking For Jane by Heather Marshall tells an emotional story of mothers, daughters, and the right to choose. Publishing in hardback with Simon & Schuster Canada and in ebook courtesy of Hodder in the UK, this is the perfect read ahead of Mother’s Day.

Abortion has always been a divisive topic and in this beautiful, intricate story Heather Marshall has brought to life the reality of what that has meant for women living in Canada between the 1960s and 2010s.950s, 1970s and 2010s Canada. Telling the harrowing story of a real underground abortion network that gave many women across North America a right that the law denied them – the right to choose between becoming a mother or not – Looking For Jane is captivating and we cannot wait to share it.

In the lead up to publication, Heather has featured in interviews for the Toronto Star, Canadian Living and Style Canada.Her own personal highlight was the double page spread in The Globe And Mail which she shared with her followers on social media. Looking For Jane has also appeared in CBC’s ‘66 Books to look out for this spring‘. It is already clear how much people are loving this debut!

‘A compelling, courageous must-read about motherhood and choice’

‘A fascinating and compelling story peopled with strong, brave women who had me cheering them on and moved to tears’

Here’s a little taster for you…

When Angela Creighton discovers a mysterious letter containing a life-shattering confession in a stack of forgotten mail, she is determined to find the intended recipient. Her search takes her back to the 1970s when a group of daring women operated an illegal underground abortion network in Toronto known only by its whispered code name: Jane…

As a teenager, Dr. Evelyn Taylor was sent to a home for “fallen” women where she was forced to give up her baby for adoption—a trauma she has never recovered from. Despite harrowing police raids and the constant threat of arrest, she joins the Jane Network as an abortion provider, determined to give other women the choice she never had.

After discovering a shocking secret about her family history, twenty-year-old Nancy Mitchell begins to question everything she has ever known. When she unexpectedly becomes pregnant, she feels like she has no one to turn to for help. Grappling with her decision, she locates “Jane” and finds a place of her own alongside Dr. Taylor within the network’s ranks, but she can never escape the lies that haunt her.

Weaving together the lives of three women, Looking for Jane is an unforgettable debut about the devastating consequences that come from a lack of choice—and the enduring power of a mother’s love.

A huge congratulations, Heather, on this wonderful debut novel!