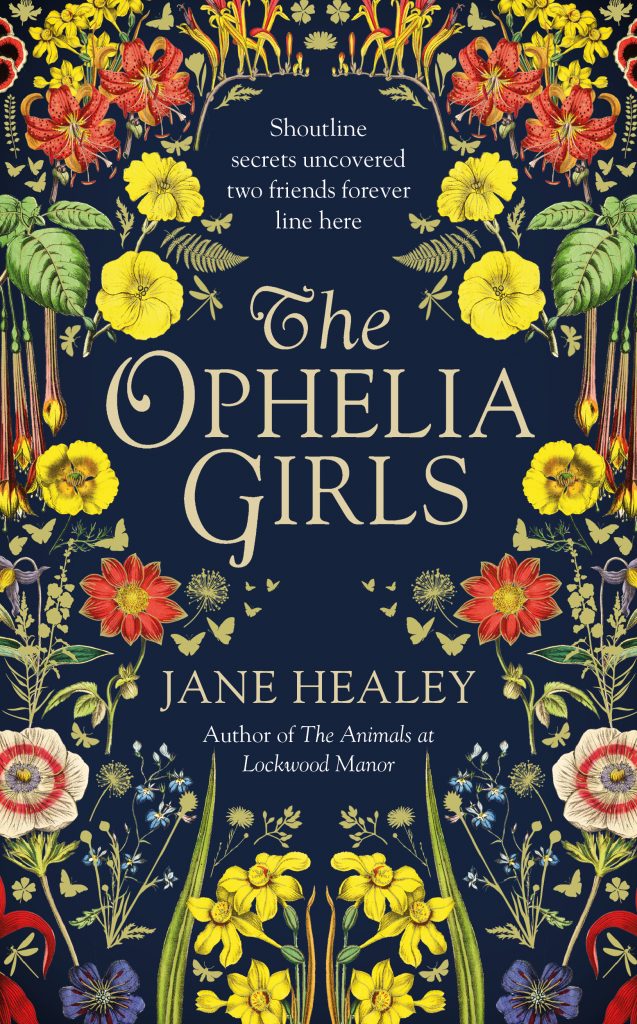 Perfectly timed to reflect the heatwave overpowering the UK this week, The Ophelia Girls alternates between the sticky summers of 1973 and 1997. A story as provocative as the Pre-Raphaelite paintings that inspire its characters as they swim in the depths of sisterhood, secrets and what it means to be a woman. Layered with themes of friendship, clandestine love and troubled family dynamics, fans of Jane’s first novel, The Animals At Lockwood Manor, will soak up the rich narrative of this latest release. Early reviews have also been extremely positive:

“THE OPHELIA GIRLS is a novel saturated with beauty, menace, longing, secrets– and with passions deep enough to drown in. It’s a sinister, suspenseful page-turner that gripped me tightly and still hasn’t fully let go.” Clare Beams, author of The Illness Lesson

“Sensual and lush, THE OPHELIA GIRLS captures the dangerous power of approaching the world with an artist’s eye, of seeing others and being truly seen in turn. Jane Healey’s prose holds the haunting beauty of pre-Raphaelite paintings, paired with a page-turning exploration of girlhood, secrets, desire, and art.” Sarah Flannery Murphy

This book is already creating a buzz with Waterstones featuring the title as one of its Best Books for July, and BBC Radio Cambridgeshire naming The Ophelia Girls as its book club choice for August.

And so we proudly present The Ophelia Girls:

In the summer of 1973, teenage Ruth and her four friends are obsessed with pre-Raphaelite paintings, and a little bit obsessed with each other. They spend the scorching summer days in the river by Ruth’s grand family home, pretending to be the drowning Ophelia and recreating tableaus of other tragic mythical heroines. But by the end of the summer, real tragedy has found them.

Twenty-four years later, Ruth is a wife and mother of three children, and moves her family into her still-grand, but now somewhat dilapidated, childhood home following the death of her father. Her seventeen-year-old daughter, Maeve, is officially in remission and having been discharged from hospital can finally start acting like a ‘normal’ teenager with the whole summer ahead of her. It’s just the five of them until Stuart, a handsome photographer and old friend of her parents, comes to stay. And there’s something about Stuart that makes Maeve feel more alive than all of her life-saving treatments put together . . .

Be sure not to miss out on this hot summer sizzler, pick up a copy here. Congratulations Jane!