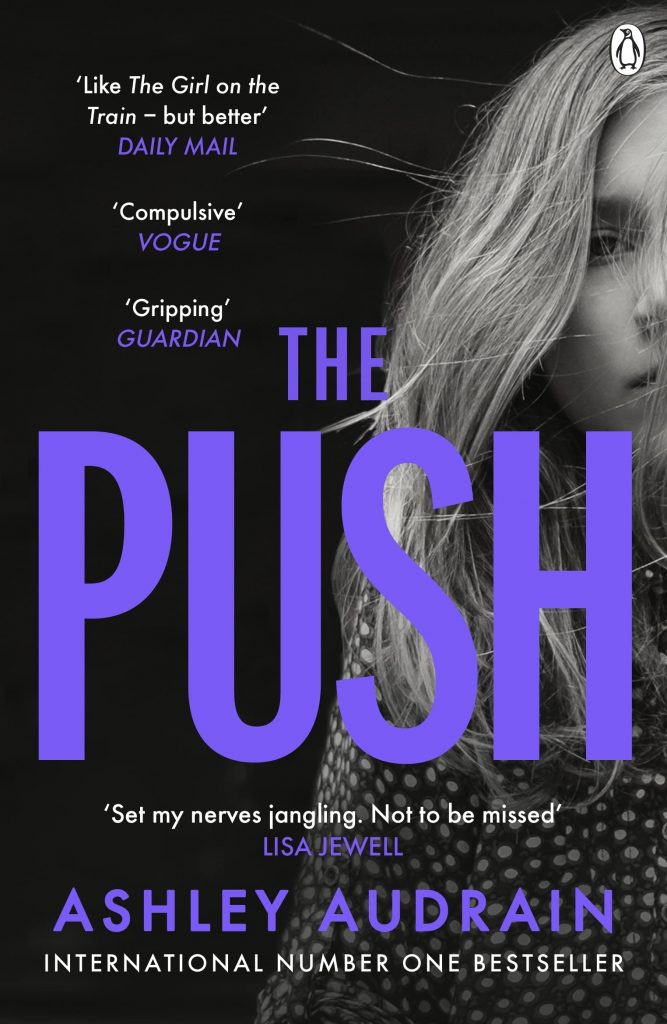 Ashley Audrain’s bestselling thriller debut The Push, which first published a year ago to international acclaim, is now available in Canadian paperback. The UK edition will be released on 7th January.

This searing exploration of modern motherhood took the world by storm after its publication last year. It became an instant New York Times, Sunday Times, The Globe and Mail  and The Toronto Star bestseller, hitting no. 1 in Canada for a total of 24 weeks. It was a Good Morning America book club pick and an Apple Thriller of the month for January, and has been featured in a deluge of roundups including the New York Times, Publisher’s Weekly, LA Times, Elle, New York Post, Goop, Newsweek, USA Today, Washington Post, Booktrib, The Star, Quill & Quire, Winnipeg Free Press, The Globe And Mail, and CBC. Film rights were acquired by Heyday Films, the producer of the Harry Potter films, after an intense nine-way auction, and translation rights have been sold into 37 territories. Ashley’s chilling thriller has gripped readers all over the world – since its first publication, The Push has gone on to sell over a quarter of a million copies globally:

This extraordinary rise of The Push shows no signs of slowing, and Ashley herself recently partook in a conversation with New York Times bestselling author Paula Hawkins, where they discussed their latest novels and how long-suppressed secrets can take on a life of their own. We cannot wait for more readers to get their hands on a copy of this chilling thriller…

The arrival of baby Violet was meant to be the happiest day of my life. But as soon as I held her in my arms I knew something wasn’t right.

I had always known that the women in my family aren’t meant to be mothers.

My husband Fox says I’m imagining it. He tells me I’m nothing like my own mother, and that Violet is the sweetest child.

But she’s different with me. Something feels very wrong.

A huge congratulations on this very exciting day, Ashley. And if you have not read it yet, why not join in on the conversation and order yourself a copy now? The Canadian paperback is available here.