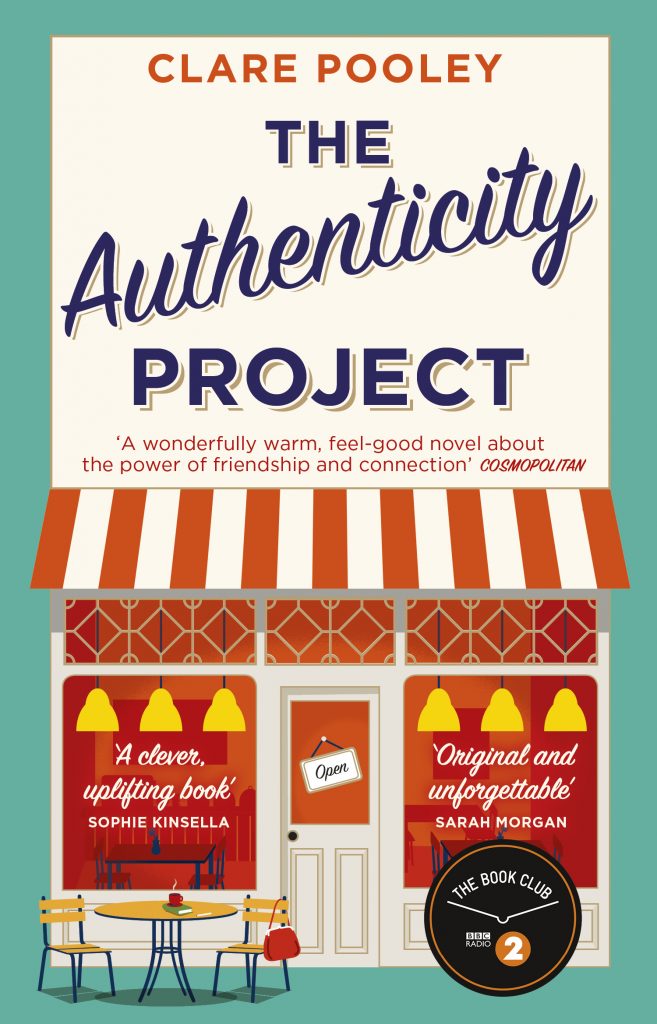 This week we are celebrating bestselling books in translation, ‘Insta It Books’ and a couple of stateside publications.

We adore the German version The Authenticity Project by Clare Pooley (Goldmann); this warm, poignant and uplifting New York Times bestseller and Radio 2 Book Club pick, is loved by readers from across the globe.

Look at the German edition of The Authenticity Project, proudly sporting a SPIEGEL BESTSELLER flag!!! It’s amazing seeing Julian and the gang making so many friends around the world. Thank you to everyone who’s read and recommended ❤️❤️❤️ pic.twitter.com/nqfO1fhG3x

Sara Nisha Adams had a short story featured in S Magazine this week. She introduces us to Lucie whose return to her local salon for the first time post-lockdown brings memories of her teenage years, and of her late mother, flooding back. If her short story whets your appetite for more of Sara’s writing then look no further than her wonderful debut The Reading List (HarperCollins / HarperFiction).

Country Living featured Jenny Bayliss’ sparkly and romantic A Season for Second Chances (Putnam) in their roundup of “The 26 Best New Books for This Fall!”

Look @charmspen1
We're in Grazia! We're both 'It Books' – and look what wonderful company were in 🔥🔥🔥
And a well-deserved shout-out to @marianneissaelk for my stunning cover. #WahalaBook #Grazia @HJ_Barnes

The Long Long Afternoon by Inga Vesper (Bonnier / Manilla Press) was at #9 on The Bookseller heatseekers chart! We can’t think of a better way to spend your time than reading Inga’s page-turning mystery and being transported to the shimmering suburbia of 1950’s Santa Monica; and the Rare Birds Book Club agree as they have selected The Long Long Afternoon as their September book club pick.

Massive congratulations go to Imogen Clark as she reached the staggering milestone of ONE MILLION readers across all titles this week! An amazing achievement for one of the best women’s book club fiction writers around.

Mark Edwards’ atmospheric and chilling page-turner The Hollows (Amazon Publishing / Thomas & Mercer) is sitting in the Amazon Top 100 at #83!

Beezy Marsh’s gangland crime saga is going from strength to strength as The Queen of Thieves (Orion Dash) was eBook of the Week in The Sun and received this glowing 5* review.

The Last Library by Freya Sampson (Bonnier /Zaffre) also received a 5* review in The Sun and was Pick of the Week; billed as a ‘must read for all bookworms’ – the highest praise of all!

Circus of Stolen Dreams by Lorelai Savaryn (Philomel) was selected as Best Children’s Book by the Bank Street College of Education. We hope even more Middle Graders will read this wonderfully inventive, deliciously creepy debut.

Delighted to share that THE CIRCUS OF STOLEN DREAMS was chosen as a Best Children’s Book by the Bank Street College of Education for readers 9-12 @penguinkids @MMLitAgency @PhilomelBooks @VikingChildrens pic.twitter.com/JL2tgydpNv

There’s still time to get tickets to hear the wonderful Miranda Malins talking about Cromwell and his daughters this weekend; a subject she does perfect justice to in her novel The Puritan Princess (Hachette / Orion).

Tickets are still available to see @MirandaMalins talk about her @HistoriaHWA debut crown nominated novel The Puritan Princess and preview the next instalment – The Rebel Daughter! 👑https://t.co/VLfIGs2jiV

We have these amazing books launching stateside this week:

First up we have Danny Chung Sums it Up by Maisie Chan (Abrams); a tale of growing up, the power of family and the joy of learning about your heritage. We are sure Danny will wow US and Canadian readers alike.

Next up was Owen Nicholls with Perfect Timing (Ballantine); a hilarious and heart-warming new novel that is a satisfying blend of typically British rom-coms à la Richard Curtis and Nick Hornby.

Finally we have these fantastic international deals to share with you!

A Lady’s Guide to Fortune-Hunting by Sophie Irwin has gone to Forum in Sweden in a two book deal.

C. J. Tudor‘s The Burning Girls has gone to WSOY in Finland.

The second book in Katie Kirby’s Lottie Brooks series has sold to Albatros Media in Slovakia.

Gwen and Art Are Not in Love by Lex Croucher has been sold to Verus in Brazil.

Hungarian rights to The Night Train to Berlin by Melanie Hudson have been sold to XXI Század Kiadó.