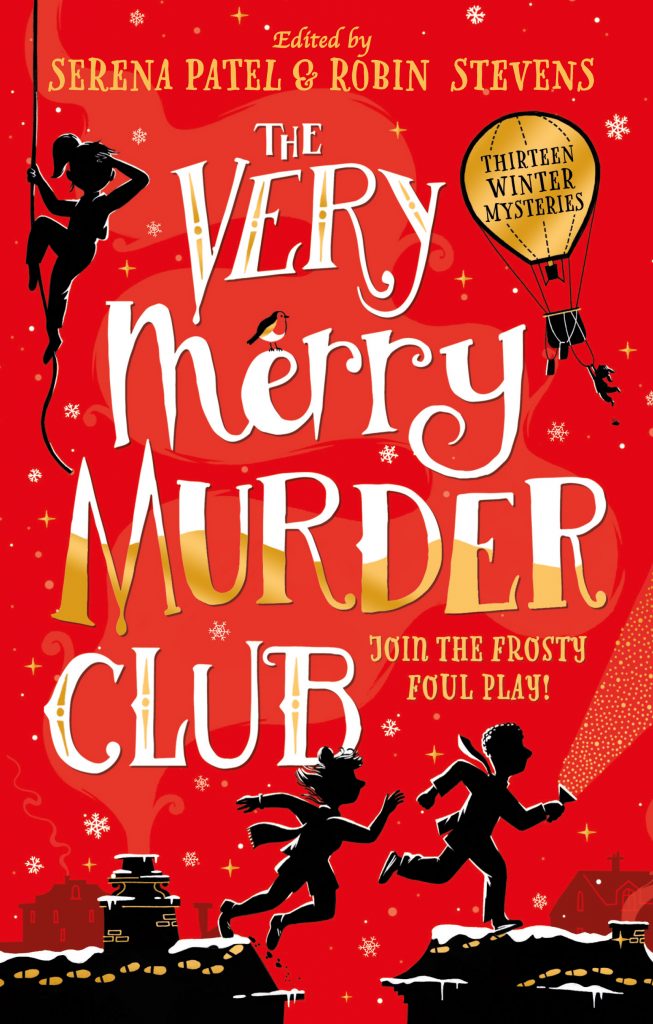 There’s never a dull moment with team MM, and this week’s no different – our authors have been storming the charts and smashing sales milestones, amongst other exciting developments!

Did you know there’s exactly six months left until Christmas, as of today? We can’t believe it, either! Coincidentally, the fabulously festive cover for The Very Merry Murder Club (HarperCollins / Farshore) has just been unveiled – it’s a Middle Grade mystery collection, featuring a talented and diverse line-up of authors. This includes two of our very own: Maisie Chan and Benjamin Dean! The book’s out in October, and if you’re feeling super organised this year, you can pre-order right now.

In publication news, James Plunkett‘s End State (Orion / Trapeze) is finally out in the wild, in its super snazzy hardback jacket! This mind-blowing manifesto explores how we can build a better, happier society, with an infectiously optimistic approach. If you want to know more about the book that The Guardian‘s Aditya Chakrabortty called a “simple, well-crafted and useful contribution to a vital debate”, take a look at James’ publication day thread:

So what’s it about?

And there’s more where that came from; we want to congratulate the following amazing authors on their recent releases:

Abigail Mann‘s sparkling new comedy, The Sister Surprise (HarperCollins / One More Chapter), the hilarious story of a young woman who embarks on an unforgettable adventure after discovering she has a long-lost half-sister.

Leah Mercer‘s A Mother’s Lie (Bookouture), a darkly gripping read about the secrets and lies which begin rising to the surface of a new female friendship.

Debbie Johnson‘s sweeping romance, The Moment I Met You (Hachette / Orion), a story about the lasting magic of a chance encounter.

It’s a particularly wonderful time to be C.L. Taylor: we’re so pleased to confirm that her newest title, Her Last Holiday (HarperCollins / Avon), has just surpassed 40,000 sales across all formats! This suspense read, which unravels the case of a woman’s disappearance at a wellness retreat, is an addictive treat – so, it’s no surprise it’s been such a massive hit with fans.

Rona Halsall‘s One Mistake (Bookouture) has been soaring up the digital charts, peaking at no. 18 on Amazon this week! This absorbing thriller chronicles a woman entrenched in money problems, who must quickly decide just how far she’ll go to to keep her family afloat.

It was such a joy to see multitalented author and journalist Yomi Adegoke kick off the Online London Book Fair proceedings with her excellent keynote speech, in which she discussed diversity in publishing – remember that you can watch back the first week’s proceedings here.

Have a look at what’s just arrived in the post – it’s copies of Lex Croucher‘s Reputation (Bonnier Zaffre), fresh from the printers! We are absolutely buzzing for everyone to read this hilarious regency romp, about a young newcomer who somehow finds herself in the scandalous epicentre of the upper-class elite. Check out Lex’s unboxing below!

my final copy of Reputation came today and I thought I’d do a ~chill unboxing~ and then instead had to turn the camera off so I could have a little sob. I think this might actually be happening?? I think I actually have a NOVEL coming out in 19 days?? pic.twitter.com/vtUC40Asjj

This Wednesday marked National Writing Day, and Beth Morrey joined Greenwich Libraries’ “Dazzling Debuts” panel, where she chatted all about her hit 2020 debut, Saving Missy (HarperCollins / HarperFiction), alongside stellar company. We hope you enjoyed Beth’s musings as much as we did!

Freya Sampson‘s upcoming debut, The Last Chance Library (Bonnier Zaffre), is already capturing early readers’ hearts. It’s clear to see why this moving tale of a grieving woman’s fight to save her beloved community library was featured in The Young Folks’ round-up of brilliantly bookish new releases. The book will be published stateside in August by Penguin Random House / Berkeley, followed by the UK in September – we can’t wait!

It’s Indie Bookshop Week, and author and barrister Alexandra Wilson has been getting in on the fun online – in partnership with Hachette, Alex shared her thoughts on the vital importance of indepentent booksellers, both to authors and readers, in platforming diverse narratives:

“It allows us to reach audiences that we might never have otherwise been able to reach.”@EssexBarrister shares why independent bookshops are so important to authors 📚#IndieBookshopWeek @BooksaremyBag @Octopus_Books pic.twitter.com/DYFI0f36fm

Stuck on summer reads? Well, the The Sunday Times has put together this round-up of the 100 best books for the season – and it happens to include Will Shindler‘s The Killing Choice (Hodder)! This title, which also featured in The Sunday Times Ireland‘s 50 best summer fiction picks, is the second in the riveting DI Alex Finn series, which sees the detective hunting down a killer who forces victims to make an impossible life-and-death decision – a definite must-buy, we’d say!

We just love seeing our authors out and about in the press, and Debbie Johnson’s been popping up everywhere this week! We hope you caught her feature in Female First on her newest book, The Moment I Met You (Hachette / Orion). This dreamy read about the brief but life-changing connection between two strangers one summer evening was also called “powerful” in the latest edition of Woman’s Weekly.

Readers of  The Scotsman will spot Benjamin Dean in an important feature on LGBTQ+ representation in children’s book, in which he speaks about his celebrated debut, Me, My Dad and the End of the Rainbow (Simon & Schuster UK), along with other great reads:

Got my hands on a copy of my feature about LGBTQ+ rep in children’s books for @TheScotsman! 🌈✨

Rosemary Hennigan penned a moving piece on grief in The Irish Times this week, documenting the loss of her father and fellow author, and the valuable life lessons she gained from him – be sure to read now, if you haven’t already.

It’s no secret we’re dog people here at the agency (putting it mildly), which is why it’s put a huge smile on our faces to see Matt Dunn‘s Pug, Actually (HarperCollins / HQ) featured in The Washington Post‘s round-up of the perfect new books for dog-lovers! The book also got a shout-out on the DogWatch® annual IG reading list, and best-selling romcom writer Milly Johnson recently called it “charming, brilliant and an absolute hoot”. We hope this hilarious story of a canine cupid keeps shining!

Russian rights to Lorelei Savaryn‘s The Edge of In Between have gone to Phoenix.

Korean rights to Nikki May‘s Wahala have gone to Doseodom.