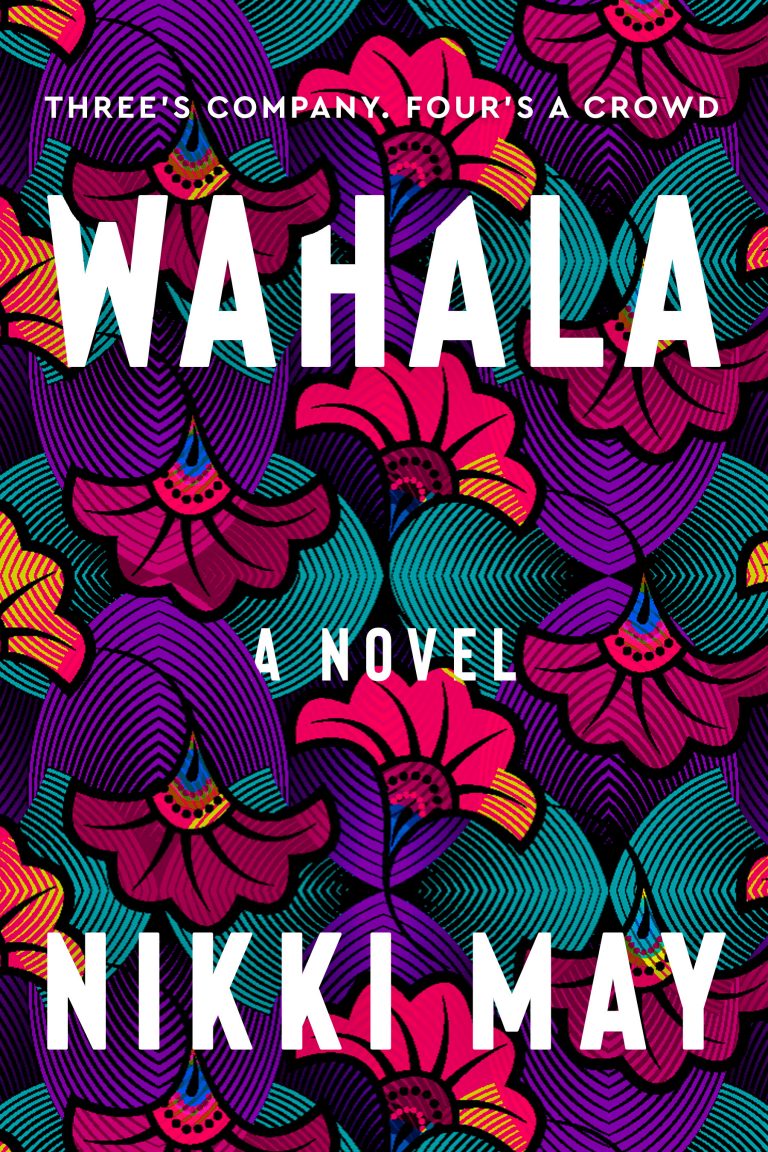 After a stand out UK launch on 6th January, we are thrilled to announce that Nikki May’s stunning debut with an ‘unforgettable plot‘ (Real Simple) publishes today in North America. Nikki May’s sharp, modern take on friendship, ambition, culture, and betrayal is one of the most hotly anticipated novels of 2022.

Wahala is an incisive and exhilarating debut novel following three Anglo-Nigerian best friends and the lethally glamorous fourth woman who infiltrates their group. North American rights to Wahala were acquired in a major, seven figure deal by Katherine Nintzel at Custom House / Harper Collins, and translation rights have so far sold in four further territories. UK & Commonwealth rights were acquired by Jane Lawson at Doubleday / Penguin Random House who triumphed in a hotly contested, nine-way auction. Firebird Pictures, the BBC Studios-backed production house, won the option rights after fighting off multiple bidders. The supremely talented, BAFTA-nominated screenwriter Theresa Ikoko (Rocks) has been bought on to adapt the novel, and filming will begin in 2022.To celebrate Wahala’s publication, Paula Hawkins (bestselling author of The Girl On the Train) hosted a launch event in conversation with Nikki to talk about her powerful debut novel.

The countdown to publication has been just as incredible as the novel itself! Last week, Nikki took over Good Housekeeping’s social media to announce Wahala as the Good Housekeeping Book Club pick for January 2022. Wahala has also been included in ‘best of’ round ups by Oprah Daily, Bustle, Glamour, Barnes & Noble, E Online, The Washington Post, and Vogue, to name just a handful. Wahala has been reviewed in Publishers Weekly, Kirkus Reviews, Library Journal, Bookpage, and many more prior to publication. Wahala was even chosen as an Editors Pick by Amazon. Do you want to know more about the book everybody is talking about? You can read an excerpt from Wahala here on Bustle, or listen to an extract of the audiobook below:

The reviews have been rolling in, and readers cannot get enough of this sharp, modern take on friendship, ambition, culture, and betrayal:

‘Utterly winning…brings to mind Sex and the City but feels more modern, more real. When I closed Nikki May’s delicious, hilarious novel, I felt I was returning to joy. I knew it was time to call my friends…time to get into some good wahala of my own.’

‘Nikki May’s thrilling debut has drawn comparisons to Sex and the City with a Big Little Lies twist…May subtly explores race and gender with vivid and exquisite prose, showing that she is a writer to watch.’

‘I devoured it, Nikki May’s voice is sharp, precise unapologetic, and modern. In one word – Exquisite!’

Lọlá Ákínmádé Åkerström, author of IN EVERY MIRROR SHE’S BLACK

‘I got so immersed in the lives of Simi, Ronke and Boo, such flawed, lovable women, I just raced through Wahala. Nikki May writes so well about friendship, food, fashion and the many ways modern women can stumble in their careers and personal lives.’

‘If you loved My Sister, The Serial Killer, and Expectation, this is a must-read. My only regret is not being able to read it beside a glittering swimming pool while sipping a cocktail!’

Marianne Cronin, author of THE ONE HUNDRED YEARS OF LENNI AND MARGOT

Ronke wants happily ever after and 2.2. kids. She’s dating Kayode and wants him to be “the one” (perfect, like her dead father). Her friends think he’s just another in a long line of dodgy Nigerian boyfriends.

Boo has everything Ronke wants—a kind husband, gorgeous child. But she’s frustrated, unfulfilled, plagued by guilt, and desperate to remember who she used to be.

Simi is the golden one with the perfect lifestyle. No one knows she’s crippled by impostor syndrome and tempted to pack it all in each time her boss mentions her “urban vibe.” Her husband thinks they’re trying for a baby. She’s not.

When the high-flying, charismatic Isobel explodes into the group, it seems at first she’s bringing out the best in each woman. (She gets Simi an interview in Shanghai! Goes jogging with Boo!) But the more Isobel intervenes, the more chaos she sows, and Ronke, Simi, and Boo’s close friendship begins to crack.