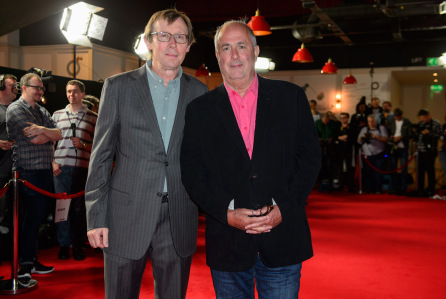 The novel was pre-empted by HarperCollins / HQ in a significant six-figure deal by Editorial Director Manpreet Grewal in 2017, and will be published in the UK, US (Crooked Lane) and Canada (HarperCollins) in Spring 2019. Loosely inspired by the ghostly folktale The Brewery of Eggshells, it tells the story of a new mother in modern-day Sheffield as she grapples with the first few weeks following a traumatic childbirth.

Roger Mitchell will be writing and directing the film adaptation of Little Darlings as he did with My Cousin Rachel. He described Melanie’s novel as “exquisitely disturbing, this is Rosemary’s Babies with the added shock of utter plausibility. Every mother’s nightmare…doubled.”

Melanie is a recent graduate of the MA in Creative Writing at Bath Spa University and won the short story prize at the 2017 Mid Somerset Festival. Naturally, she is thrilled about the film deal, saying “I’ve always been a huge admirer of Roger and Kevin’s work, and am unspeakably delighted that Free Range Films have optioned the book. I’m so excited about seeing how the story will be interpreted for film. I can’t wait to see what happens next.”

Her agent, Madeleine Milburn added “Melanie is a hugely talented debut author with a profound ability to grip and unsettle her readers. Combine this with the creative power that is Free Range Films, and I am in no doubt that the adaptation will be a tour de force. I couldn’t be happier, or more excited, for Melanie.”

You can read more about the deal and Free Range Films in the Deadline article here.