Gadgets at the ready: Marion Lane and the Midnight Murder launches in paperback this week 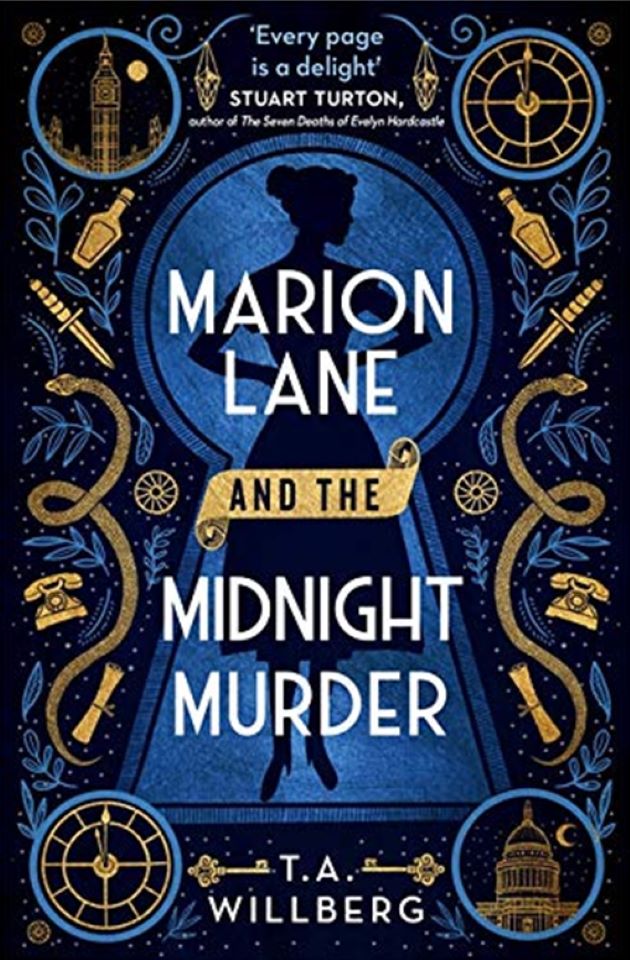 If you’re looking for a cosy crime with a good dose of suspense then look no further than the wonderful T.A. Willberg. Her debut novel and first book in the Marion Lane series is out in paperback across the UK and the US this week courtesy of Trapeze and Park Row, respectively.

After a wonderful response from fans and reviewers alike, Marion Lane and the Midnight Murder was a hit when it was first published in hardback last year and there won’t be too much longer to wait for its follow-up either: Marion Lane and the Deadly Rose which will be publishing next month too. So it seems like the perfect time for those who have yet to enter the mysterious world of Miss Brickett’s detective agency to pick up a paperback copy and get hooked this new year on the enthralling escapades of the young trainee detective.

“This is the most fun I’ve had with a book this year. Every page is a delight, the worldbuilding is wonderful, and the mystery got its hooks into me from the first chapter. This is what would happen if a trainee James Bond was asked to solve an Agatha Christie mystery, and it’s brilliant.”

Stuart Turton, author of The Seven Deaths of Evelyn Hardcastle

“MARION LANE AND THE MIDNIGHT MURDER crackles with invention and surprise—the wondrous gadgetry, the moody settings, the endearing heroine and the struggles she’s endured—and Willberg weaves it all together around a perfectly puzzling locked-room whodunnit.”

Matthew Sullivan, author of MIDNIGHT AT THE BRIGHT IDEAS BOOKSTORE

“A delightfully stylish romp through London’s foggy streets and secret tunnels, complete with a tantalizing, steampunk-flavored mystery. Willberg has conjured a sharp-witted and sympathetic heroine, a worthy match for the sinister forces and shadowy organizations arrayed against her. Delicious fun!”

Helene Wecker, New York Times bestselling author of THE GOLEM AND THE JINNI

Here’s a clue as to what lies in store…

They were a band of mysterious private detectives who lived beneath the streets of London in a labyrinth of twisted tunnels and ancient hallways, the entrance to which no one had ever found…

Elaborately disguised and hidden deep beneath the city’s streets lies the world of Miss Brickett’s, a secret detective agency. From traversing deceptive escape rooms full of baited traps and hidden dangers, to engineering almost magical mechanical gadgets, apprentice detectives at Miss Brickett’s undergo rigorous training to equip them with the skills and knowledge they will need to solve the mysteries that confound London’s police force.

But nothing can prepare 23-year-old apprentice Marion Lane for what happens after the arrest of her friend and mentor, Frank, on suspicion of murder: he tasks Marion with clearing his name and saving his life. Her investigation will place Marion and her friends in great peril as they venture into the forbidden maze of uncharted tunnels that surround Miss Brickett’s. Being discovered out of bounds means immediate dismissal, but that is the least of Marion’s problems when she discovered that the tunnels contain more than just secrets…

Marion Lane and the Midnight Murder is the first installation in a fantastical historical mystery series for fans of Stuart Turton’s The Seven Deaths of Evelyn Hardcastle and Natasha Pulley’s The Watchmaker of Filigree Street.

A massive congratulations to you, Tessa, on your international paperback releases this week!