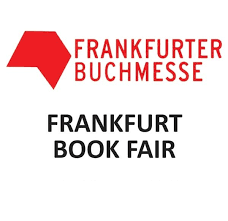 As the dust settles on Frankfurt Book Fair 2018, we take a look at what we learnt about trends in overseas book markets.

With over  200 meetings held over the course of four days, Frankfurt Book Fair provides the best opportunity to talk face-to-face with publishers from around the world. It is, without doubt, the most intense, informative and international networking event in the book trade calendar. Over the course of the Fair, we pitch the Agency list while also gathering information about what is working in particular territories so that our future submissions can be focused and tailored to each individual publisher and film producer.

Sometimes deals are made at the table – there’s no greater thrill – but more often than not it is a chance for relationships between agents, publishers and Film & TV companies to be developed, and for us to revel in the wonderful achievements of our authors. As always, it is such a privilege to be able to champion the MM Agency list, and as the multiple manuscript requests at the end of each meeting shows, the hunger for its content is as strong as ever.

So what is the international book, film & TV industries looking forward to in 2019?

Last year, we were being told that Women’s Fiction and Narrative Non-Fiction were very much sought after. There is still a desire for this, as many of our meetings showed.

However, as the political and economic situations become ever more uncertain, the desire for more upbeat titles has increased. There was a huge amount of interest in several of our debut titles this year, all of them being classed as ‘Uplit’ – Uplifting Literature. In fact, this interest was so profound that it was the subject of newspaper coverage in both The Guardian and The Telegraph. Yet again, reading habits serve as a fascinating social barometer. People around the world  need these stories because the news is so unremittingly gloomy.

This trend can be seen in other areas too. A growing number of publishers are looking for non-fiction that shows us how to lead a more positive life – there is a huge amount of interest in Ikigai (the Japanese art for living a worthwhile and content life), which is very popular in Turkey for example, and of course in many other territories too. It many ways it shows an increased urgency for positivity and contentment than the more relaxed Hygge we saw so much of a few years ago.

And film & Tv companies are the same, with the return of the Romcom (the subject of another Guardian article that featured one of our titles a few weeks ago), and epic love stories and family entertainment in high demand, as well as the escapism provided by grounded sci-fi.

Of course old habits die hard, and the hunt  for titles in the crime, thriller and suspense genre continues. We are thrilled to have so many to offer, and with the continued international success of our authors in this area. Historical fiction is also on many foreign editors’ wish list, as the excitement over The Doll Factory‘s cover reveal demonstrated.

Children’s publishers across the world are looking for Middle Grade series and magical standalones, contemporary YA standalones and, particularly in Italy, sprawling Young Adult fantasies. YA series are still going strong with plenty of publishers asking for dystopia, fantasy and contemporary series. Picture books are sought after as well, with the illustration styles in the UK and US doing very well internationally, particularly in Asian territories.

So interestingly, it seems like the reading tastes of readers around the world have become much more eclectic than before, but with a definite leaning towards the more positive narratives on the market.

But the most profound lesson this Frankfurt is that while many areas in life continue to cause stress and concern, and the news remains alarming, the strength of books and the relief they can provide seems more important and powerful than ever. So if you’re a writer, no matter where you are in your career, keep on writing.

Readers around the world need to hear your stories.