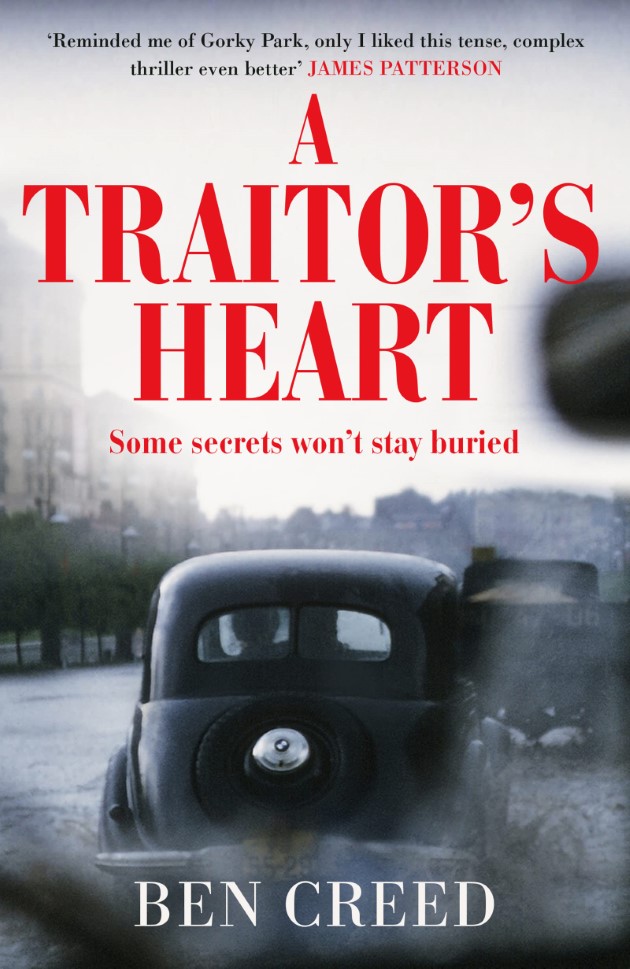 Are you a historical crime fan in the mood for a story that’s as atmospheric as it is suspenseful? You won’t want to miss A Traitor’s Heart, by Ben Creed, published in hardback today by Welbeck.

This highly anticipated publication follows the incredible success of Creed’s debut, City of Ghosts, which sold into an incredible nine territories and received stellar reviews; snapped up by Welbeck in a three-book deal, bestselling author James Patterson called City of Ghosts ‘tense’ and ‘complex’, while the Financial Times deemed the protagonist ‘a worthy successor to Cruz Smith’s Arckady Renko’ in their round-up of the ‘best new spy thrillers’, City of Ghosts was also selected as a thriller of the month in The Times, as well as a ‘Star Pick’ in their September  ‘Crime Club’  newsletter.

We can’t wait for readers to get their hands on a copy of the second book in this absorbing trilogy, which will transport you all the way back to the icy streets of post-war Leningrad. A Traitor’s Heart will also be gripping readers in Germany, Poland and Finland soon.

Winter, 1952: Leningrad’s icy streets are haunted by a murderer. The name is whispered everywhere – Koshchei has returned, the people say, Koshchei the Immortal. Koshchei, named after a sinister figure from Slavic folklore, is an invisible killer who cuts out the tongue of his victims and replaces it with a scroll of paper containing a few lines of what seems to be Italian verse.

Three thousand kilometres away in a labour colony above the Arctic Circle, threatened by the Thieves who rule the camp, former militia lieutenant Revol Rossel is close to death. As helicopter blades whip the snow into hallucinatory flurries, Rossel watches the arrival of a saviour he hates: Major Nikitin, the man who once cut off the former virtuoso violinist’s fingers.

Along with skilled aviator Tanya ‘Vassya’ Vasilievna, the two men must hunt Koshchei down. On the trail, they uncover more riddles, including one centred on the ruins of Hitler’s bunker, the Fuhrer’s own copy of a Renaissance manual for tyrants, and secret code hidden within that leads to a weapon of unimaginable power. A weapon coveted by the scheming plotters of Stalin’s Kremlin.

What Rossel and Nikitin do not know is that the mystery and the murderer are inextricably linked. And to save themselves they must not only catch Koshchei but also uncover the identity of another ghost – a ghost hiding among the remnants of Hitler’s once all-powerful Third Reich.

Ben Creed is the pseudonym for Chris Rickaby and Barney Thompson. Chris, from Newcastle upon Tyne, found his way into advertising as a copywriter and, after working for various agencies, started his own called Everything Different. Barney is a classically trained musician who studied under the legendary conducting professor Ilya Musin at the St Petersburg Conservatory for two years. He is fluent in Russian and is now an editor.

We’re incredibly proud of the duo behind Ben Creed for penning such a gripping and unforgettable book! UK readers can get their hands on a copy here.