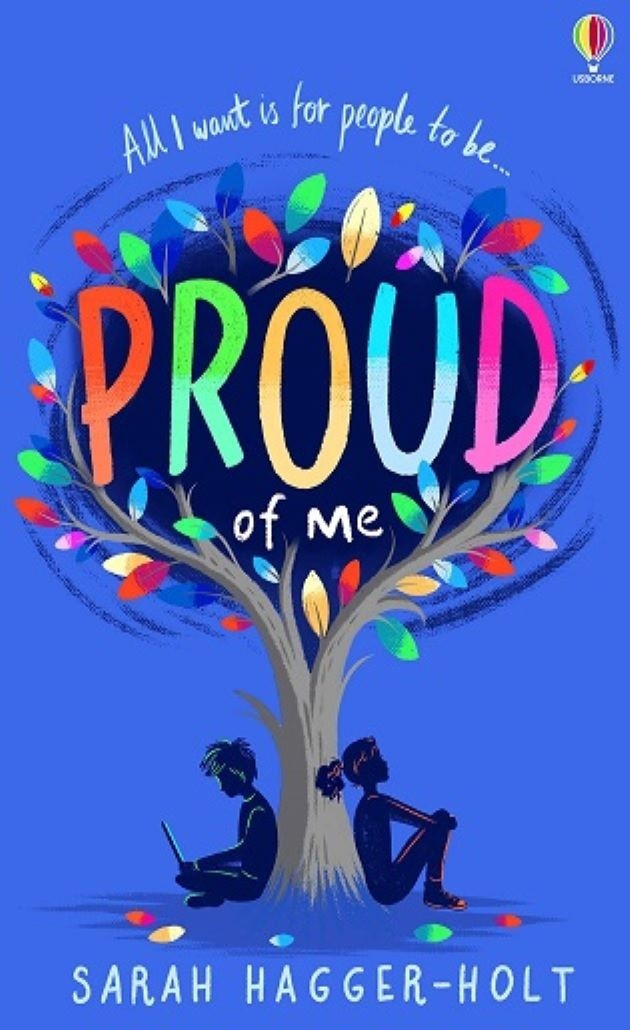 We are utterly thrilled that Sarah Hagger-Holt has won the 2022 Little Rebels Award for her coming-of-age middle-grade novel Proud of Me (Usborne).

Hagger-Holt’s middle-grade novel has received high-praise, described by Judge and author and illustrator Emily Haworth as a ‘powerful tool of change — it needs to be in school libraries’. Similarly, fellow panellist, research and development director at the Centre for Literature in Primary Education, Farrah Serroukh, described the book as ‘touching’, praising its depiction of same-sex families: ‘Same-sex families living their lives in the middle-grade sphere is rare and it’s even rarer for it to be this well executed — this touching book platforms a family make-up that has had to resist being delegitimised at every turn.’

Proud of Me follows the lives of Josh and Becky, siblings parented by two mums, who start to explore their families and their own identities as they approach their teenage years. It has been described as an ‘accessible child-centred story about self-acceptance and the importance of opening up to those closest to you.’

We could not be more proud of this incredible achievement, huge congratulations Sarah!