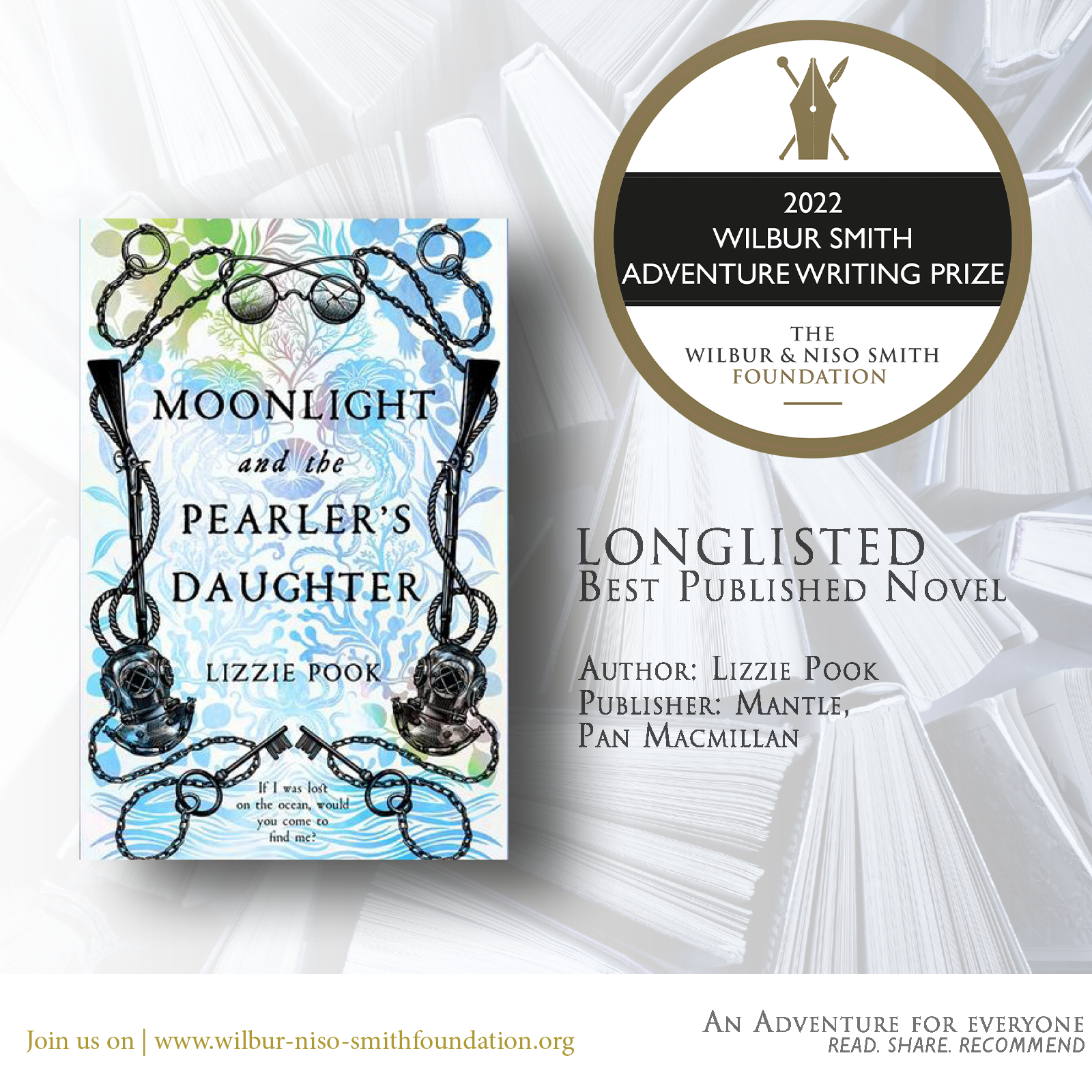 We are absolutely thrilled to announce the exciting news that Lizzie Pook‘s historical debut, Moonlight and the Pearler’s Daughter, has been longlisted for the annual Wilbur Smith Adventure Writing Prize.

The Wilbur Smith Adventure Writing Prize is open to writers of any nationality, writing in English, and seeks to support and celebrate adventure fiction in all its forms. The Prize welcomes the diversity of this broad genre, looking for the novels which both honour the traditions of adventure and are unafraid to try something new.

Set in the beautifully harsh landscape of Western Australia against a backdrop of dangerous pearl-diving, crocodiles, and storms, Moonlight and the Pearler’s Daughter tells the story of Eliza Brightwell, a 20-year-old English woman who sets off to uncover the truth about her eccentric father after he goes missing under suspicious circumstances. It published earlier this year in Australia and the UK, and was among 129 Prize submissions written by authors from across the world, including Canada, France Germany, Greece, India, Nigeria, the UK and the USA.

Congratulations, Lizzie! The shortlist for the Prize will be revealed on 25th May 2022, and the overall winner on 21st September 2022.