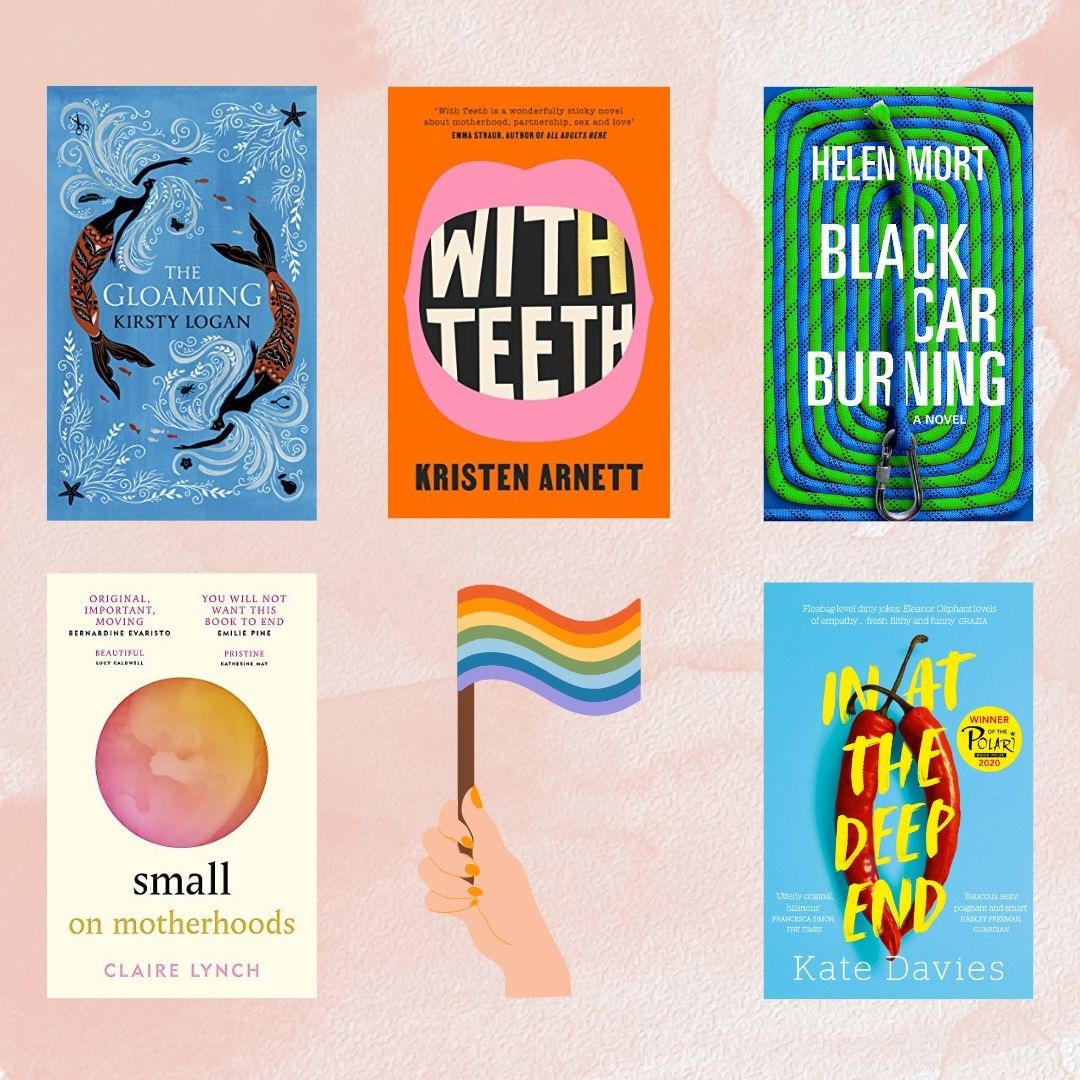 Jodie Matthews is a Cornish writer and poet, currently living in the north. Her debut novel, Meet Me At The Surface, was announced today: a horror-tinged mystery and moving tale of love and loss that explores dysfunctional friendships, fractured families, and the experience of being queer in a small village on the windswept Cornish moors. In order to celebrate its announcement in conjunction with Pride Month, we’ve asked Jodie to share her top five books by LGBTQIA+ novelists to read this month.

Jodie says: Growing up in a small village in Cornwall, I didn’t have access to LGBTQIA+ literature. In lieu of actual representation when I was a pre-teen, I would imagine characters to be queer instead. Like Violet, from Jacqueline Wilson’s Midnight, an artistic, quiet character, who I could see elements of my young, queer self in. The first time I read a novel with an explicitly queer character I was a teenager, and I slept with the book I borrowed from the town library under my pillow for a week. Now I am in my late twenties, my shelves are lined with LGBTQIA+ stories. Across all genres and formats, it’s possible to find something that speaks to every experience. Representation within all types of stories is priceless.

When I set out to write my debut novel, Meet Me At The Surface, there was no doubt that my main character, Merryn, would be bisexual. The novel, which explores loss, isolation, and folklore, is grounded in the dysfunctional love story of Merryn, and her childhood best friend, Claud. Whilst their relationship is difficult, Merryn is never conflicted about her own sexuality. I wanted to write a story where her sexuality is a source of stability and comfort, even whilst the rest of her reality becomes blurred.

To celebrate pride month and the announcement of my novel, I’ve chosen five of my favourite reads by LGBTQIA+ authors. Each one provides something different for the reader, from escapism to humour, so there is something for every mood.

The Gloaming by Kirsty Logan

Salt, grit, and lust line the pages of Kirsty Logan’s second novel. Mara and her sisters live on an island with their parents in a large, run-down pink house that they’ve been fixing and breaking for years. The island is a tumultuous place full of magic and lore, inhabited by characters who cast their worries and sins out to sea, standing in the shallows as they attempt to shout away their shame. When Pearl, an outsider, arrives, Mara begins to see the story of the island differently, and then Mara and Pearl experience their first love. Love is not lying, love is not giving away part of yourself, Logan says. And yet, the characters fall over themselves to make the same mistakes over and again, in the name of love and freedom. Anyone who has grown up somewhere secluded or spent their youth in the wild—like mine, barefoot in nature—will see themselves in this book.

With Teeth by Kristen Arnett

I knew I would love With Teeth before I’d read it. I knew, because Arnett is the funniest person on twitter, and because I love to judge a book by its cover. With Teeth is about motherhood, ageing, losing oneself, affairs, the neighbour you secretly spy on, and the task of raising a son in a queer, female household. Sammi Lucas is a woman who feels too old and too messy to be femme enough for her absent wife Monika. She’s a woman who is afraid of her son, Samson. She’s an uncertain mother struggling to uphold the perfect queer family image she has cultivated. With Teeth isn’t just about a scary son and a difficult relationship, it’s about people at a loss within themselves, struggling to remember who they were before parenthood and marriage.

In at the Deep End by Kate Davies

I’d be remiss to write any list of queer fiction and not include Davies’ debut. When I first read this, I was the same age as the main character, and I’d been gifted the book by my mum, who had no idea how wonderfully filthy it was. In at the Deep End tells the story of Julia, a twenty-six-year-old woman. Working a dead-end job, Julia has been single for three years and spends her evenings trying not to overhear her roommate and her roommate’s boyfriend sleeping together.  When she’s invited to a warehouse party, Julia enters an all-consuming, increasingly unhealthy relationship with an older, confident lesbian artist, and Julia’s life upends. Throughout it all, Davies’ writing is witty and empathic. With Julia’s excitement at coming out, the nuanced portrayal of an obsessive relationship, and realistic, funny, and awkward sex scenes, In at the Deep End deserves a place on everyone’s shelves.

Small: On Motherhoods by Clare Lynch

Small is Lynch’s debut non-fiction book about her journey with her wife to have children, from the slow pain of fertility treatment, through to the birth of their twins. Written in narrative free prose, Small is a lyrical work of art that reads like an epic poem. Bursting with touching lines and perfect phrasing, Small explores Lynch’s experiences of fertility, motherhood, and queer parenting. The writing feels extremely personal, whilst remaining wide in its scope—you don’t need to be in the same position as Lynch to find solace in this book, you just need to be open to seeing the beauty in the minutiae of everyday life. Small reads like a hundred tiny love notes to family, and it is a joy to see something that would once have been seen as radical presented as universal.

Black Car Burning is Sheffield come to life: it’s the stressed residents and the craggy peaks, it’s the climbers, and the jumpers, and the cops, and the queer lovers. It’s about the Peak District, and the people who climb it. Hillsborough, Stanage, and Page Hall all speak of the people who pass through them, and the way it feels to be used as a landscape. Have you ever felt sorry for a patch of abandoned scrub land? You will now.  The novel follows three queer women, Caron, Alexa, and Leigh, alongside an unnamed ex-police officer who was on duty during the Hillsborough disaster and has been plagued by the day ever since. Mort takes the queer experience out of towns and bars and places it firmly in the wilderness of the peaks. Queering nature and rural settings is something I’m passionate about, and it’s something I wanted to do in Meet Me At The Surface, which is set in an isolated part of Bodmin Moor.

Jodie’s debut novel, Meet Me At The Surface, will be published in the UK & Commonwealth by 4th Estate in 2024.