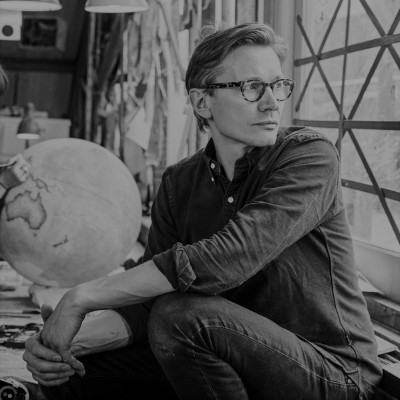 A spectacular illustrated work of non-fiction.

Peter Bellerby is a world renowned globemaker and founder of artisan globemakers Bellerby & Co. Globemakers, one of only two handmade globemaking companies in the world. He has been making globes ever since his search for a special globe for his father’s 80th birthday. Failing to find what he was looking for, he set about making a globe himself, which took him on an arduous yet fantastic journey that led to the founding of his company in 2008.

Bellerby and his team of 20 – made up of gifted cartographers, carpenters, makers and painters – began sharing photos of themselves at work in their dreamy London studio via Instagram, along with intricate details about the craft and the stories depicted on the celestial, terrestrial, historical and planetary globes they create. They have amassed over 150,000 followers from around the world.

Globemaking was born out of humanity’s desire to replicate the earth that dates back as far as the 3rd century AD, with the first surviving terrestrial globe appearing much later in 1492, made by German geographer Martin Behaim and known as the ‘earth apple’. Globes are a wonderful convergence of the arts and the sciences, that require great knowledge and skill in engineering and geography, as well as painting and imagination. Today, there are only a handful of people around the world who understand their construction, and this gives them a mythical status too. In this way, the pursuit of globemaking is just as fascinating as the countries, cities, mountains and oceans depicted on the globes themselves.