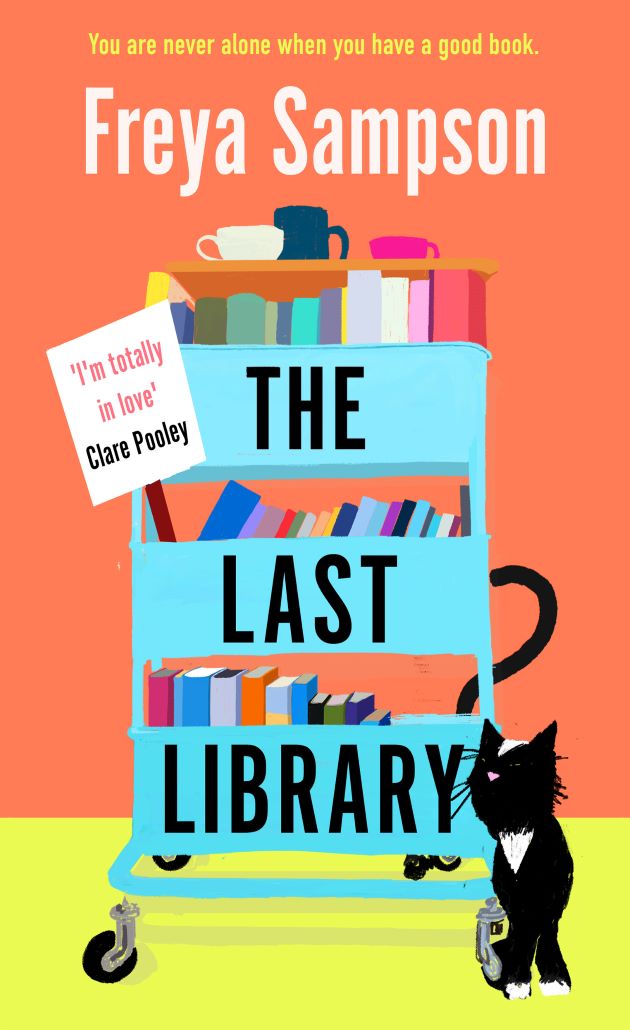 The Good Morning America Buzz Pick that had everyone raving last September is back with a brand new cover, as it publishes in paperback with Bonnier Books. The Last Library is a must-have for every bookshelf.

This debut novel by Freya Sampson was a huge success when it was initially published in hardback. Both the press and readers were endeared by the story of librarian, June, and the rallying community of Chalcot. Amidst the chaos of a pandemic, The Last Library was the uplifting read that so many of us enjoyed getting lost in and we’re thrilled to see it back in the spotlight as this new edition is released.

Here’s a reminder of the wonderful reviews it has received so far:

Library assistant June knows a lot about the regulars at Chalcot Library, yet they know very little about her. When her mum – the beloved local librarian – passed away eight years ago, June stepped into her shoes. But despite their shared love of books, shy June has never felt she can live up to the village’s memory of her mum. Instead, she’s retreated into herself and her memories, surviving on Chinese takeaways-for-one and rereading their favourite books at home.

When the library is threatened with closure, a ragtag band of eccentric locals establish the Friends of Chalcot Library campaign. There’s gentlemanly pensioner Stanley, who visits the library for the computers and the crosswords, cantankerous Mrs B, who is yet to find a book she approves of, and teenager Chantal, who just wants a quiet place to study away from home. But can they compel reclusive June to join their cause?

If June wants to save the library, she finally has to make some changes to her life: opening up her heart to friendship, opportunities and maybe even more . . .

Freya Sampson works in TV and was the executive producer of Channel 4’s Four in a Bed and Gogglesprogs. She was shortlisted for the Exeter Novel Prize in 2018 before publishing her debut novel, The Last Library, in 2021. Look out for her second novel, The Girl On The 88 Bus, which publishes in June.