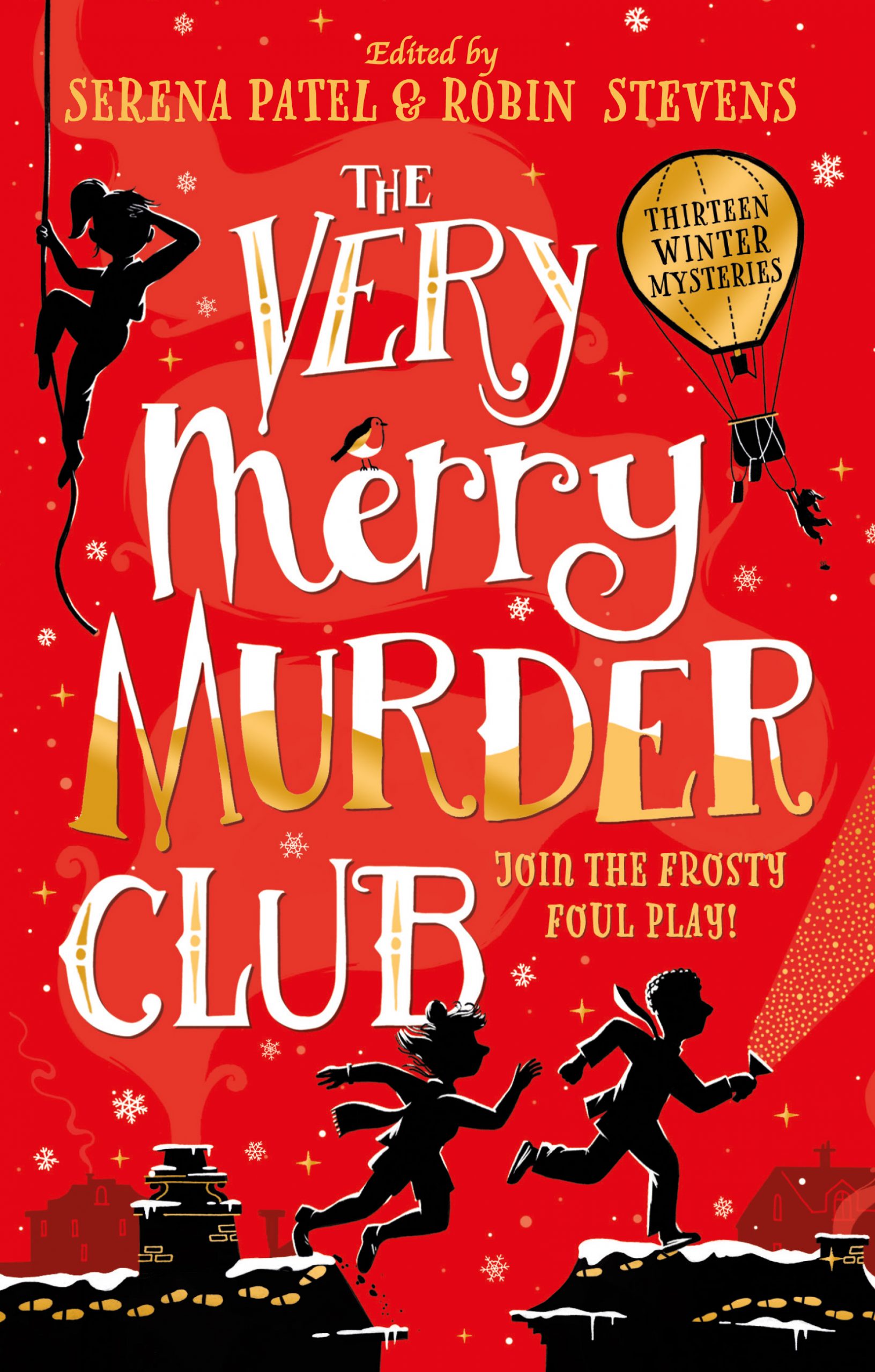 In search of the perfect stocking filler? Well, there’s a wonderful, wintry anthology out today! We’re absolutely buzzing that The Very Merry Murder Club is finally hitting shelves, with two of our authors – Maisie Chan and Benjamin Dean – gracing the pages.

The book is jointly edited by award-winning children’s crime authors Serena K. Patel and Robin Stevens, and features illustrations throughout by Harry Woodgate – who also designed the incredible cover, revealed earlier this year:

Introducing the The Very Merry Murder Club, illustrated by the brilliant @harryewoodgate!

Get ready for fearsome funhouses, crafty cat burglars and much more, as we meet an eclectic group of kids who are front and centre in 13 brilliant short stories – all featuring fresh and fun takes on the tropes we know and love:

Sleuthing through the snow, on a merry mysterious day, in disguise we go, investigating all the way . . .

Join them as part of the Very Merry Murder Club as they lead you on a snow-covered wintery journey of Christmassy crimes, festive foul play and murderously magnificent mysteries!

Benjamin Dean is an author and celebrity reporter based in London. His debut book, Me, My Dad and the End of the Rainbow was published earlier this year and was the Waterstones Children’s Book of the Month for February. He can be found tweeting about pop culture instead of finishing a first draft at @NotAgainBen (but if his publisher asks, he’s been hacked and does not know who has been rewatching the Twilight movies and tweeting about it from his account.) His next middle-grade novel, The Secret Sunshine Project, is due to be published in March 2022, followed by his debut YA Novel, The King is Dead, in the summer.

Maisie Chan is a children’s author from Birmingham. She has written early readers (Hachette) and had short stories published in various books such as Ladybird Tales of Superheroes (Penguin) and Stories From Around the World (Scholastic). In 2018, she started the Bubble Tea Writers to support and encourage new British East Asian writers in the UK. She enjoys writing cross-cultural tales that often feature generational misunderstandings; this is partly due to her background as a transracial adoptee and her experience caring for her elderly parents. She has a Masters in American Film and Literature and has an interest in race and representation. She currently lives in Glasgow and is on the Writers Advisory Board for Literature Alliance Scotland.

This is a collection with something for everyone, and we predict it will be flying off shelves – so make sure you bag your copy today!