C.J. Tudor’s The Burning Girls is published in paperback today 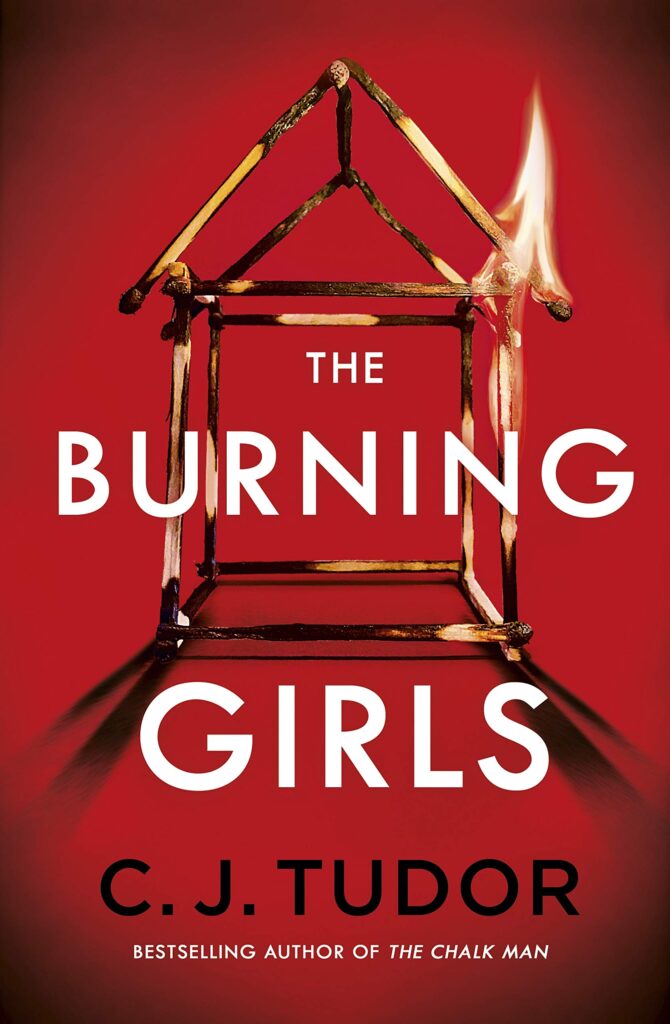 Since its first publication earlier this year, The Burning Girls has been optioned by Buccaneer Media, the production company behind ‘Marcella’, ‘Whitstable Pearl’ and ‘Crime’, with award-winning Hans Rosenfeldt (‘The Bridge’, ‘Marcella’) attached as screenwriter. C.J. Tudor is the unstoppable bestselling author of The Chalk Man, The Taking of Annie Thorne and The Other People, all which have been optioned for film and television.

We cannot wait for readers to get their hands on this chilling new novel, which the Times named one of the ‘best crime novels for January 2021.’ Publishers Weekly noted that ‘Tudor expertly doles out the plot twists … one so shocking that it turns the entire story inside out. Jack, Flo, and other fully realized characters and their eventual fates won’t be easily forgotten by any reader’, and PopSugar included The Burning Girls in their Mystery/Thriller roundup for February.

We’re super thrilled that The Burning Girls has been chosen for The Richard and Judy Bookclub!

THE BURNING GIRLS is out in paperback TODAY and I’m absolutely thrilled that it’s been picked for @WHSmith's #RichardandJudyBookclub. LOOK at my big, excited face!! 😃 Grab your copy right here: https://t.co/PVMwjWWuxz (also in supermarkets, online and all lovely bookshops)🔥💕 pic.twitter.com/nsV7Otueih

Readers have reported both chills and thrills from this captivating title:

‘Hypnotic and horrifying . . . Without doubt her best yet, The Burning Girls left me sleeping with the lights on’ – Chris Whitaker, bestselling author of Waterstones Thriller of the Month We Begin at the End

‘A gothic, spine-tingling roller-coaster of a story . . . CJ Tudor is a master of horror’ – C.J. Cooke, author of The Nesting

‘Tudor operates on the border between credulity and disbelief, creating an atmosphere of menace’ – Sunday Times

‘A mesmerising and atmospheric page-turner, with plenty of shocks and a surprise twist for a finale. Her best novel yet’ – Sunday Express

500 years ago: eight martyrs were burnt to death
30 years ago: two teenagers vanished without trace
Two months ago: the vicar committed suicide

For Rev Jack Brooks and teenage daughter Flo it’s supposed to be a fresh start. New job, new home. But, as Jack knows, the past isn’t easily forgotten.

And in a close-knit community where the residents seem as proud as they are haunted by Chapel Croft’s history, Jack must tread carefully. Ancient superstitions as well as a mistrust of outsiders will be hard to overcome.

Yet right away Jack has more frightening concerns.

Why is Flo plagued by visions of burning girls?
Who’s sending them sinister, threatening messages?
And why did no one mention that the last vicar killed himself?

Chapel Croft’s secrets lie deep and dark as the tomb. Jack wouldn’t touch them if not for Flo – anything to protect Flo.

But the past is catching up with Chapel Croft – and with Jack. For old ghosts with scores to settle will never rest . . .

Congratulations, C.J.! If you haven’t already ordered a copy, you can do so here.