Brianna Bourne’s consuming YA debut, You and Me at the End of the World, launches today 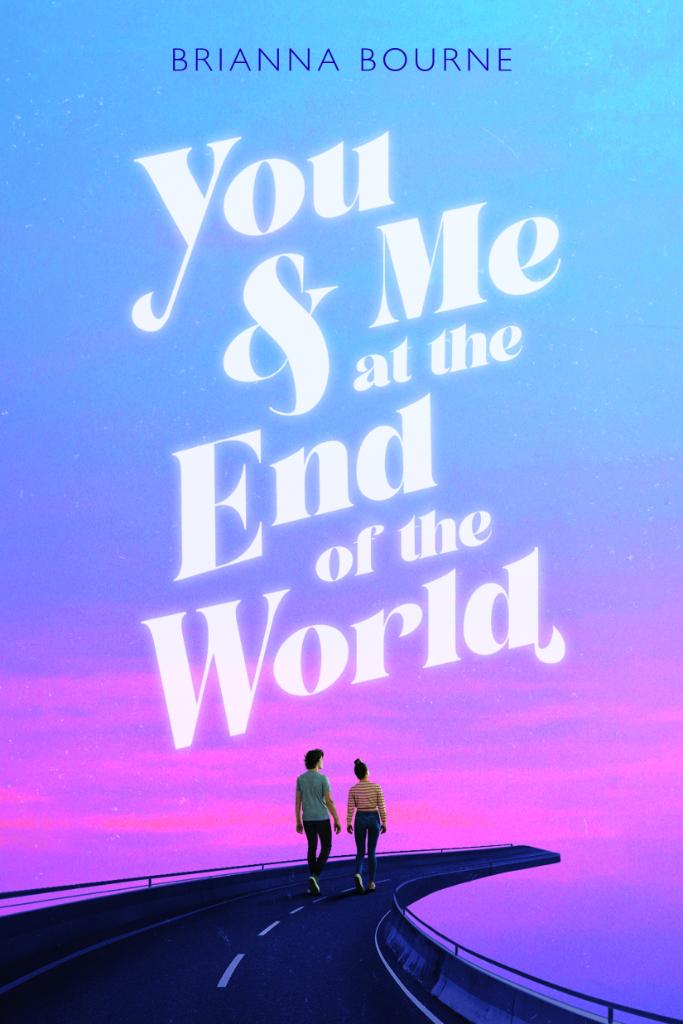 We’ve got the perfect page-turner for those long summer nights, in the shape of Brianna Bourne‘s debut, You and Me at the End of the World, published today by Scholastic!

Another day, another great debut! We’re buzzing that You and Me at the End of the World is finally in the hands of readers. The book has gotten heaps of positive press since its announcement – Brianna’s been popping up everywhere, with features in popular outlets like the New York Times’ Summer reading list, Popsugar‘s top picks for younger readers, and Forbes’ round up of YA releases that are setting the trend. If you’re keen to find out more about the author herself, you can check out Brianna’s blog interviews in YA Books Central and Liv’s Wonderful Escape, and virtual events with incredible voices in the YA space like Stephanie Perkins.

Be sure to catch her in conversation with fellow incredible YA writer, Leah Johnson, for Scholastic’s YA at Home afternoon this Saturday! And if you care for a little sneak peek, you can read an exclusive excerpt right now:

Hannah and Leo are the only ones left in the world. But if they don't figure out what's going on, they might just be torn apart forever…

Start reading an excerpt of YOU & ME AT THE END OF THE WORLD by @BriannaBourneYA, on-sale 7/20! ➡️ https://t.co/d32tX9zrkd pic.twitter.com/eK9qRrrRp0

We can’t wait for everyone to experience the magic of Brianna’s words, as the story unfolds of two very different teens who must get acquainted quickly, after finding that they’re the last two people on the planet.

This is no ordinary apocalypse…

Hannah Ashton wakes up to silence. The entire city around her is empty, except for one other person: Leo Sterling. Leo might be the hottest boy ever (and not just because he’s the only one left), but he’s also too charming, too selfish, and too much of a disaster for his own good, let alone Hannah’s.

Stuck with only each other, they explore a world with no parents, no friends, and no school and realize that they can be themselves instead of playing the parts everyone expects of them. Hannah doesn’t have to be just an overachieving, music-box-perfect ballerina, and Leo can be more than a slacker, 80s-glam-metal-obsessed guitarist. Leo is a burst of honesty and fun that draws Hannah out, and Hannah’s got Leo thinking about someone other than himself for the first time.

Together, they search for answers amid crushing isolation. But while their empty world may appear harmless . . . it’s not. Because nothing is quite as it seems, and if Hannah and Leo don’t figure out what’s going on, they might just be torn apart forever.

“Tenderly rendered and delightfully strange, Brianna Bourne’s You and Me at the End of the World is an altogether lovely book about human connection and taking second chances—even when they might come on the heels of an apocalypse. A stellar debut.” Emily Henry, New York Times bestselling author of Beach Read and A Million Junes

“Loved this book and these characters! It was totally character driven which is my jam, along with cool mysterious things entwined! You get the paranormal mixed with contemporary and oh so much swoon! Ballet, music, romance, and so much more!” Goodreads reviewer, 5 stars

“If I were to review this book in person, it would mostly be a lot of incoherent, delighted yelling and flailing. I flew through this book in just a few sittings and missed my bedtime two nights in a row because I just HAD to find out what was happening.” Goodreads reviewer, 5 stars

Brianna Bourne is originally from Texas but moved abroad when she was six weeks old. After growing up in Indonesia and Egypt, she now lives in England with her husband and two daughters.

Brianna holds a BFA (Hons) in Stage Management from Webster University and has worked at English National Ballet, Houston Ballet, Arena Stage, The Washington Ballet, and Northern Ballet. She wrote her first novel in a dark backstage corner, stopping every five minutes to hand props to actors.

We’re wishing Brianna the happiest of publication days, and a massive congratulations on this fantastic first book!