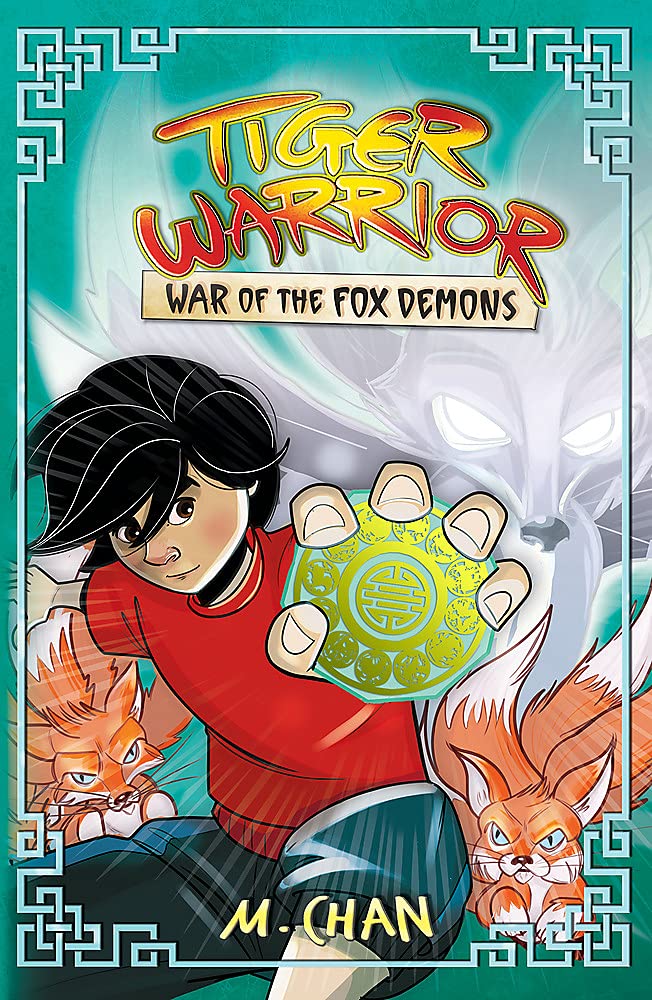 We can hardly believe that it’s already time for the second book in Maisie Chan‘s action-packed Tiger Warrior series, War of the Fox Demons! Hachette Children’s Books released the first title this summer, and we can’t wait to see what’s in store for reluctant hero Jack!

Maisie is quickly becoming a rising star in Middle Grade fiction, with the talent to turn her hand to plenty of different styles, including comedy, crime, and (of course) fantasy! She will be contributing to the hotly anticipated The Very Merry Murder Club (Farshore) anthology, also released this month. And, we were thrilled by the recent news that her Middle Grade debut, Danny Chung does NOT do Maths (Piccadilly Press / Bonnier Books) has been longlisted for the Shropshire Bookfest Big Book Award 2022!

We are so excited to have three books on the longlist for the @shropbookfest Big Book Award 2022! 🤩🎉

Inspired by the Chines zodiac, this is a dazzling series that’s full of mysteries and mysticism, perfect for newly confident readers. Young schoolboy Jack’s life has been turned upside down when he finds himself caught in an ancient battle of good and evil. Fortunately for him, he’s also now able to harness the power of the twelve zodiac animals to help him in this fight. In his latest adventure Jack has to keep his wits about him, as he faces off against wily foxes:

The Jade Kingdom has been taken over by Daji, evil fox spirits, and the Jade Emperor has lost his life force chi! Can Jack figure out how to use the power of the dog zodiac before it’s too late?

Maisie Chan is a children’s author from Birmingham. She has written early readers (Hachette) and had short stories published in various books such as Ladybird Tales of Superheroes (Penguin) and Stories From Around the World (Scholastic). In 2018, she started the Bubble Tea Writers to support and encourage new British East Asian writers in the UK.

She enjoys writing cross-cultural tales that often feature generational misunderstandings; this is partly due to her background as a transracial adoptee and her experience caring for her elderly parents. She has a Masters in American Film and Literature and has an interest in race and representation.

She currently lives in Glasgow and is on the Writers Advisory Board for Literature Alliance Scotland.

We’re sending every congratulations to Maisie on yet another fantastic release, and we’re sure old and new fans are going to love it as much as we do!