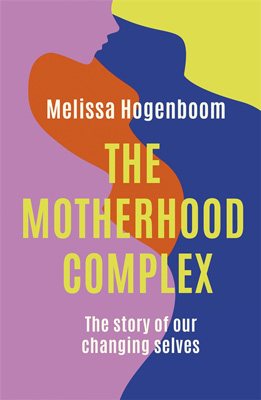 May may be slowly drawing to a close, but the recognition for our amazing authors keeps on rolling in! Here are this week’s highlights at MM Agency.

Take a look at this stunning cover for Melissa Hogenboom’s non-fiction debut The Motherhood Complex: The Story of Our Changing Selves, which is out today with Piatkus/Little Brown Book Group. Melissa is an award-winning science journalist and editor at the BBC, with a track record for finding original and interesting stories. In her new book, she examines how the changes we experience during pregnancy and motherhood influence our sense of self, both physically and in the wider world. From the way our brain changes during pregnancy and the psychological impact of our changing body, to the true cost of the motherhood workplace penalty and the intrusion of technology on family life, Melissa reveals how external events and society at large shape the way we see ourselves and impacts upon the choices we make.

As Leah Hazard says, ‘The Motherhood Complex does for mothers in particular what Invisible Women did for women as a whole.’

Also published today with this stunning cover above, is Helly Acton’s latest novel, The Couple (Bonnier Zaffre) – a witty agenda-setting romcom that turns societal conventions on their head, bringing you into a world where being a couple is in no way the norm. Perfectionist Millie, is happy, successful, and surrounded by great friends and family, and the last thing she needs is romance messing up her perfectly organised world. Besides, normal people just don’t have romantic relationships. So, when Millie lands a new project at work, launching a pill that prevents you from falling in love, it seems like the opportunity of a lifetime. That is, until she starts working with the charming and funny Ben, and Millie feels an instant connection to him.

The Couple was also featured in The Sun over the weekend, with the reviewer stating that “this clever, funny read is a breath of fresh air”;  and the newspaper is also running a competition for one lucky reader to win a copy of The Couple. You can enter here.

We’re extremely excited to announce that Danielle Jawando’s debut YA novel, And the Stars Were Burning Brightly (Simon & Schuster) has been shortlisted for the Waterstones Children’s Book Prize! Danielle’s novel has been creating a lot buzz since publication, having also been shortlisted for the inaugural Jhalak Children’s & Young Adult Prize and the YA Book Prize 2021, as well as the 2021 Branford Boase Award. Congratulations Danielle on your latest nomination!

We are so proud of Danielle Jawando for making the @Waterstones Children’s Book Prize shortlist with her stunning debut novel. Congratulations, Danielle! 💫 #burnbright pic.twitter.com/QkzQPLE92t

Freya Sampson’s The Last Chance Library (Berkley Books/Penguin Random House) was recently shared by Nekesa Afia, author of the highly anticipated Dead Dead Girls, as the number one Top Pick on her Summer TBR list. Nafisa gushes that, “I’ve always loved stories revolving around books and readers, which is why I’m so excited for The Last Chance Library. As an avid reader myself, I find the deep connection and love shared for words in those pages. It’s what brings us together and it’s something so many people have in common. This debut novel promises to have the warmth and comfort I’m looking for and I’m eager to dive in.”

Well I do not know what to do myself. I am so overwhelmed that I didn’t know how to express it yesterday. Booksellers and readers – you are my superheroes! I am full of gratitude, thank you 🖤💚🤍🎪 pic.twitter.com/tA5c64pE1o

C.L. Taylor‘s sensational new thriller Her Last Holiday is also holding strong at No. 14 on The Sunday Times bestseller list. This is C. L.’s seventh book that has featured on The Sunday Times bestsellers list, but that’s not all. C.L. is currently in the running for the Crime Writers’ Association: Dagger in the Library award, and we’re sure that her latest thriller will be just as popular in the libraries as it’s been on the bestsellers lists.

T.A. Willberg‘s debut historical-mystery novel Marion Lane and the Midnight Murder (Trapeze/Orion) also appeared on The Sunday Times bestsellers list at No. 36. The first book in a suspenseful new series, Marion Lane was praised by Stuart Turton, author of The Seven Deaths of Evelyn Hardcastle, who commented, “every page is a delight, the worldbuilding is wonderful, and the mystery got its hooks into me from the first chapter.”

Emma Stonex’s highly-praised Sunday Times bestseller, The Lamplighters (Picador/PanMacmillan) has been an enormous hit amongst readers, having consistently appeared on The Times, Nielsen and Amazon lists since its publication, so it comes as no surprise that The Lamplighters is back on The Sunday Times hardback fiction charts again this week at No. 21.

Caroline Mitchell‘s page-turning Amy Winter series has been garnering a lot of attention recently and drawing in a wealth of new readers, with all four books appearing on the Amazon top 100. Truth and Lies hit No. 4 in the Kindle Store, was No. 1 across all its genre categories, and Left for Dead (Thomas & Mercer) has recently just crossed the 50,000 copies sold milestone!

Thanks a MILLION everyone! Left For Dead has hit the 50K sales mark and I'm over the moon. Huge appreciation for anyone who has downloaded a copy and supported the Amy Winter series. You're all STARS 💕🍾❤️❤️https://t.co/473Fu4t5Bq pic.twitter.com/VJtseYqxlV

Helen Scarlett, author of the haunting new novel, The Deception of Harriet Fleet (Quercus/Penguin Random House), was recently interviewed for an online feature for Living North, where the interviewer praised Helen’s book as “dark and brimming with suspense, we’ve been truly hooked on this Gothic debut.” Helen’s historical debut has received significant praise from many of her contemporaries, being described as a “richly woven tale of Victorian Gothic suspense that’s spine-tingling, riveting and keeps you guessing to the end” by Lulu Taylor, author of The Midwinter Secret and “a haunting, richly imagined novel” by Miranda Malins, author of The Puritan Princess. Read Helen’s full interview here.

Darren O’Sullivan recently wrote a feature for the Shots Mag Blog, where he discusses his latest thriller The Players (HQ/HarperCollins) and the strange and chilling encounter that personally inspired it. Read the full post here.

Ashley Audrain’s The New York Times bestselling novel, The Push (Penguin Michael Joseph/Penguin Random House) has been gaining significant attention abroad. Having been published in 38 countries, Ashley recently appeared on the Portuguese TV channel, RTP, on their program ‘All the Words,’ where she discusses more about the mother-daughter relationship which drives her novel. Check out her full interview here.

Jodie Chapman, was recently interviewed by journalist and broadcaster Pandora Sykes, to celebrate the publication of her new novel Another Life (Michael Joseph/Penguin Random House). Another Life has received a lot of attention from readers since its publication, being chosen as one of BBC 2’s Between The Covers Picks with Pandora also describing it as ‘an astounding debut about sibling grief, religion and sliding doors love’. There’s still time to view this exclusive event and to grab your copy of Another Life by clicking on the ‘stream and book’ package ticket here.

Katherine May’s New York Times bestselling book, Wintering: The Power of Rest and Retreat in Difficult Times (Rider/Penguin Random House) was a major hit last year, coined as the perfect lockdown-read. As Katherine’s book resonated with many different readers, we were delighted to see that a passage from her book was quoted during Yale University’s socially distanced 2021 graduate commencement ceremony for the Graduate School of Arts and Sciences. The ceremony concluded with a benediction from Professor Sharon Kugler, who read a section from the book which describes the hardships of a “long, disordered” season. “’But we are brave,’” Kugler quoted May, “‘and a new world awaits us, gleaming and green, alive with the beat of wings, and, besides, we have a kind of gospel to tell now, and a duty to share it. We, who have wintered, have learned some things. We sing it out like birds. We let our voices fill the air”.