My Sister’s Bones by Nuala Ellwood optioned by Bill Kenwright 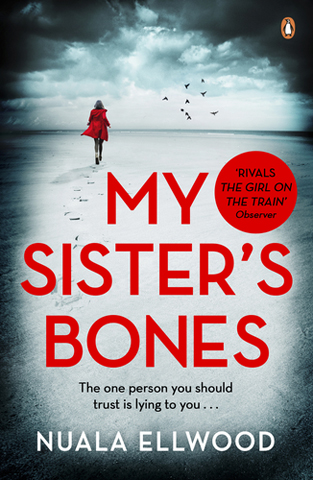 We’re incredibly excited to announce that My Sister’s Bones by Nuala Ellwood has been optioned by the renowned Bill Kenwright. Kenwright has had huge commercial success with his theatre productions including Let the Right One In, Twelve Angry Men, Cabaret, A Few Good Men, Blood Brothers and The Wizard Of Oz and is now growing the company’s film slate. His films include The Day After the Fair, Stepping Out, Don’t Go Breaking My Heart and most recently Cheri, starring Michelle Pfeiffer, and Rufus Norris’ Broken, starring Tim Roth and Cillian Murphy, which won Best Film at the British Independent Film Awards and opened the 2012 Cannes Film Festival Critics’ week.

On acquiring the rights, Kenwright commented: “As a producer I am always looking for that intangible something special. And I love thrillers! On reading Nuala’s novel I immediately thought this could be the one; a thriller that transcends the genre, almost reinvents it. I bought multiple copies for my friends and the verdict was unanimous: the best British thriller in recent memory. So the search begins, to find a screen-writer that matches Nuala’s extraordinary talent for character, suspense and great story-telling.”

My Sister’s Bones was published in February by Viking and jumped straight into the top 20 on the Sunday Times bestseller list. Before publication, Ellwood was selected as one of eight debut novelists to watch in 2017 by The Observer who wrote that My Sister’s Bones ‘rivals The Girl on a Train as a compulsive read (and beats it for style)’. The paperback was released in September 2017 and has been selected for You magazine’s book club.

Ellwood said: “I am thrilled that Bill Kenwright Films has optioned the film rights to my novel My Sister’s Bones. Bill’s passion and enthusiasm for My Sister’s Bones and the direction he would like to take it in has truly blown me away. With his track record and passion for producing outstanding British drama, including the award-winning Broken and the recently released Another Mother’s Son, I am delighted that My Sister’s Bones will be brought to the big screen by such a dynamic and visionary producer.”