I Am Watching You by Teresa Driscoll optioned for film 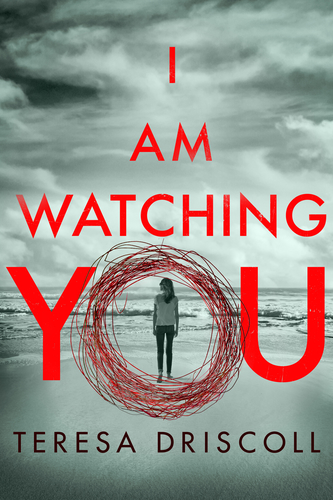 Film rights for Teresa’s Driscoll‘s bestselling novel I Am Watching You have been been optioned by leading Bollywood film studio B4U Films, in a deal negotiated by Associate Agent and film & TV coordinator Hayley Steed.

Creative Producer at B4U, Meenakshi Sharma, has said: “What has attracted us to I Am Watching You is firstly, of course, that it is a thriller with terrific suspense and intrigue – but within that there is characterisation and layering which makes it stand apart. The story deals with the world of teenagers today and the adults grappling with how to respond. It’s the relevance of these themes we would like to translate on screen to find resonance across cultures.”

The novel has already enjoyed tremendous success internationally, having been a No.1 Kindle Bestseller in the UK, US and Australia, selling over 300,000 copies in just seven months. It has also been popular in India, with India Today describing it as “Perhaps one of the best psychological thrillers released this year, […] certainly a treat for crime fiction lovers.”

B4U Films is part of the B4U network, one of the ‘Big Three’ Indian television networks to operate worldwide and is available in over 100 countries. Their recent releases include the family comedy Cake (2018) and the musical romantic drama Rangreza (2017).

Teresa Driscoll’s most recent novel, The Friend, was published on 22nd March and in its first week rocketed into the UK Kindle Top 20. She has also signed a significant deal with Amazon Publishing for two new books featuring PI Matthew Hill.