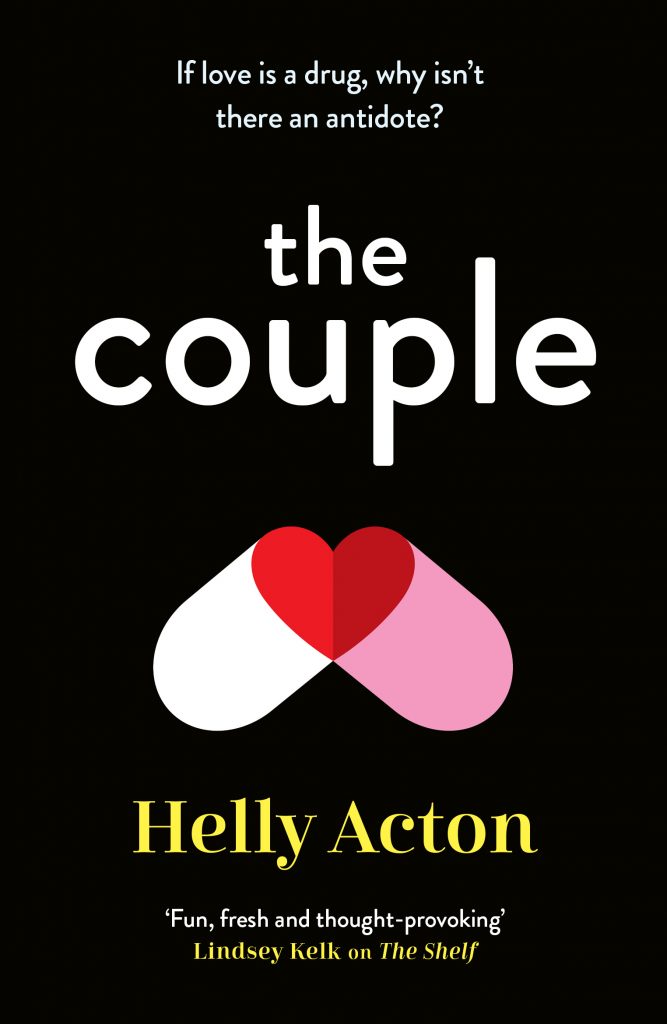 Set in a world where being single is the norm, turning societal conventions on their head, The Couple is for every single woman who has been told ‘oh well I’m sure you’ll find someone soon’ at a family gathering, or ‘you’ll be next’ at a wedding, or asked ‘how are you still single?’ as though it’s a compliment.

Millie is a perfectionist. She’s happy, she’s successful and, with a great support network of friends and family (and a very grumpy cat), she’s never lonely. She loves working at a big tech firm and is on track be promoted to her dream role. The last thing she needs is romance messing up her perfectly organised world.

Besides, normal people just don’t have romantic relationships. Everyone knows that being in a couple is a bit . . . well, odd. You know, like having a pet snake or referring to yourself in the third person. Why rely on another person for your own happiness? Why risk the humiliation of unrequited love or the agony of a break-up? No, Millie is more than happy with her conventional single life.

So, when Millie lands a new project at work, launching a pill that prevents you falling in love, it seems like the opportunity of a lifetime. That is, until she starts working with Ben. He’s charming and funny, and Millie feels an instant connection to him.

Will Millie sacrifice everything she believes in for love?

Helly’s debut novel The Shelf was declared as One to Watch by The Bookseller in 2020, before being selected for the BBC Radio 2 Book Club, and launched as an audiobook read by Daisy Edgar-Jones. Helly’s latest novel, The Couple recently garnered a glowing endorsement from Sunday Times bestselling author Carrie Hope Fletcher, who described it as “the book I will say, from here on out, I wish I’d written. The concept is genius and the writing is funny and thought provoking. I don’t usually give books ratings but when it’s a 5 star, it’s a 5 star.”

Helly’s new novel is sure to have you grinning from ear-to-ear as you follow Millie’s unexpected romantic exploits in a world where being a couple is in no way the norm, and if you still don’t believe us, early reviews from many of Helly’s other contemporaries have also been alight with praise:

‘Only Helly Acton could turn the world on its head and still write the most relatable novel in human history. The Couple is so good, I don’t have words to define the goodness. It’s funny and clever and the concept is one I’m angry I didn’t think of. I raced through it in a day, loving every line and every page. I can’t recommend it highly enough’ – Lucy Vine

“I inhaled the book in less than twenty-four hours, Helly has absolutely smashed it once again. The Couple is funny, smart and thought-provoking, and so clever in the way it turns so many of our assumptions about love and relationships on their head. Plus Ben is an absolute dream and I want to runaway to Wales with him immediately. Huge congrats to Helly (and you all) on such a great book, I’m sure it’s going to be HUGE.” – Freya Sampson

“If you took the insight of Black Mirror, merged it with the emotional intellect of Eternal Sunshine of the Spotless Mind, and rolled the humour of Schitt’s Creek into a book, The Couple would be it. Helly has an amazing ability to hook you in to a dystopian concept and explore it with such humour and warmth. Helly’s writing makes me laugh and think whilst seamlessly tackling complex ideas about modern society. What a triumph!” – Abigail Mann

“A completely genius concept that shines a light on the often archaic ways that society views relationships, or lack thereof. I adore Helly’s characters and the way she always manages to write funny and soulful feminist fiction, that has the ability to make us all stop and think. This book is not one to miss!” – Sara-Ella Ozbek

Congratulations to Helly on the publication of her second novel! And if you haven’t already, be sure to grab your own copy of The Couple here.