Canadian bestseller, Looking For Jane, pre-empted by Atria Books in the US 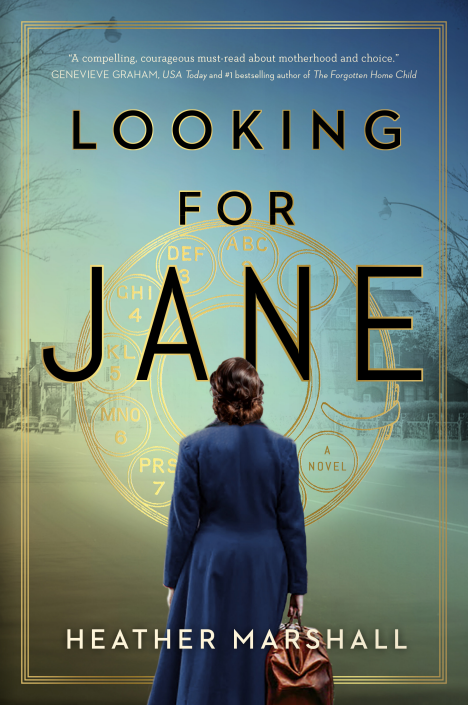 After the glorious news that Heather Marshall’s emotional debut, Looking For Jane, was an instant bestseller in Canada, we are thrilled to reveal that it has also found its perfect home in the US. Atria Books, an imprint of Simon & Schuster US, acquired the rights in an exciting pre-empt with plans to publish in 2023.

Heather’s debut has taken Canada by storm as the author has led a full campaign that included double-page features in some of the country’s largest newspapers, television appearances and interviews, and even a call for Canadian Prime Minister, Justin Trudeau, to issue a formal apology to the hundreds of thousands of women who were affected by the real-life circumstances that inspired the novel.

UK rights have already been acquired by Hodder Studio whose ebook edition launched alongside the Canadian publication earlier in March. Their paperback edition will follow shortly in May. You can pre-order a much-anticipated copy here.

For readers of Joanna Goodman and Genevieve Graham comes a masterful debut novel about three women whose lives are bound together by a long-lost letter, a mother’s love, and a secret network of women fighting for the right to choose—inspired by true stories.

Tell them you’re looking for Jane.

When Angela Creighton discovers a mysterious letter containing a life-shattering confession in a stack of forgotten mail, she is determined to find the intended recipient. Her search takes her back to the 1970s when a group of daring women operated an illegal underground abortion network in Toronto known only by its whispered code name: Jane…

As a teenager, Dr. Evelyn Taylor was sent to a home for “fallen” women where she was forced to give up her baby for adoption—a trauma she has never recovered from. Despite harrowing police raids and the constant threat of arrest, she joins the Jane Network as an abortion provider, determined to give other women the choice she never had.

After discovering a shocking secret about her family history, twenty-year-old Nancy Mitchell begins to question everything she has ever known. When she unexpectedly becomes pregnant, she feels like she has no one to turn to for help. Grappling with her decision, she locates “Jane” and finds a place of her own alongside Dr. Taylor within the network’s ranks, but she can never escape the lies that haunt her.

Weaving together the lives of three women, Looking for Jane is an unforgettable debut about the devastating consequences that come from a lack of choice—and the enduring power of a mother’s love.