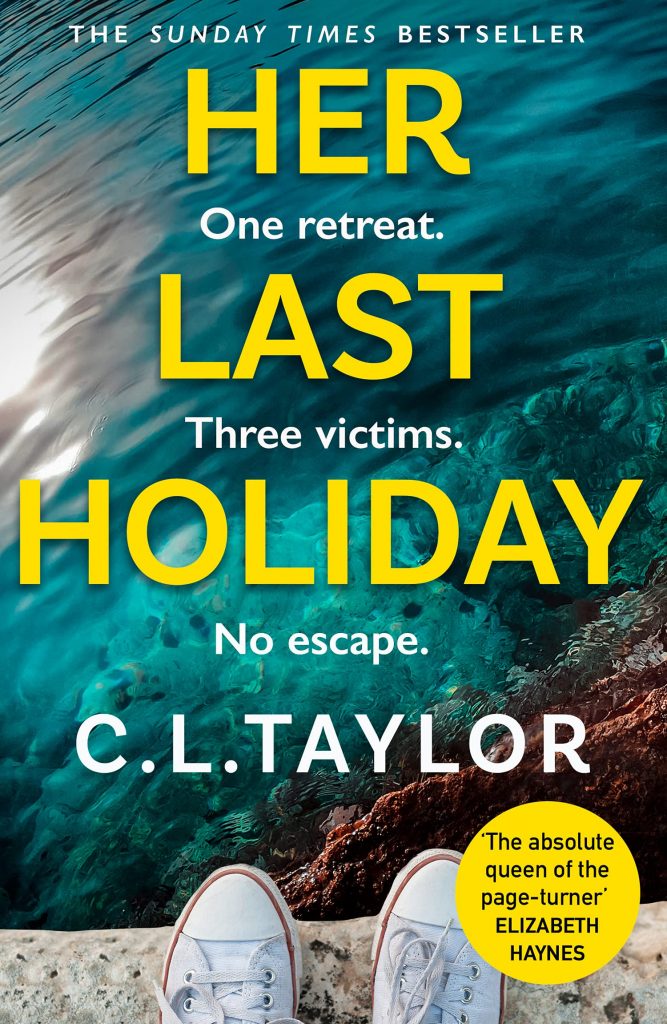 We are delighted to share the news that C.L. Taylor‘s newest thriller, Her Last Holiday, is now available in UK paperback (HarperCollins). A story about one woman who joins a wellness retreat in order to uncover the truth about what happened to her sister who went missing on the very same programme years ago, this promises to be a thrilling ride, and we cannot wait for readers to get their hands on a copy.

Her Last Holiday is the latest novel from six times Sunday Times bestselling author, C.L. Taylor. Her previous thriller Strangers shot right into the Sunday Times bestseller list during a nationwide lockdown, also reaching #3 on the Amazon charts and #1 on the Apple charts. Before that, her thriller Sleep was also a Sunday Times bestseller and a Richard & Judy Book Club pick. Her books have sold a total of over 1.2 million copies, translated into over twenty languages, optioned for television, and have hit No. 1 spots on Amazon Kindle, Audible, Kobo, iBooks and Google Play. C.L. Taylor was also longlisted for the CWA Dagger in the Library, for a body of work by an established crime writer that has long been popular with borrowers from libraries.

Since its first publication last year, this book has gone from strength to strength. Following the success of her previous books, Her Last Holiday hit the Sunday Times Original Fiction bestseller list at No. 8, and also ranked No. 1 on the Apple Books chart. Reviews have been nothing but positive, and we couldn’t agree more with their endorsements:

‘Clever twists and turns leave you guessing who’s genuine and who has something to hide.’ WOMAN & HOME

‘Queen of psychological thrillers CL Taylor has done it again with this gripping tale.’ NEW

Now, step inside the world of SoulShrink…

You come to Soul Shrink to be healed. You don’t expect to die.

Tom Wade, the now infamous man behind Soul Shrink Retreats, has just been released from prison after serving his sentence for the deaths of two people. But he has never let on what happened to the third victim: Jenna.

Determined to find out the truth, Fran books herself onto his upcoming retreat – the first since his release – and finds herself face to face with the man who might hold the key to her sister’s disappearance. The only question is, will she escape the retreat alive? Or does someone out there want Jenna’s secrets to stay hidden?

A huge congratulations on this very special day C.L., we are so thrilled for you.