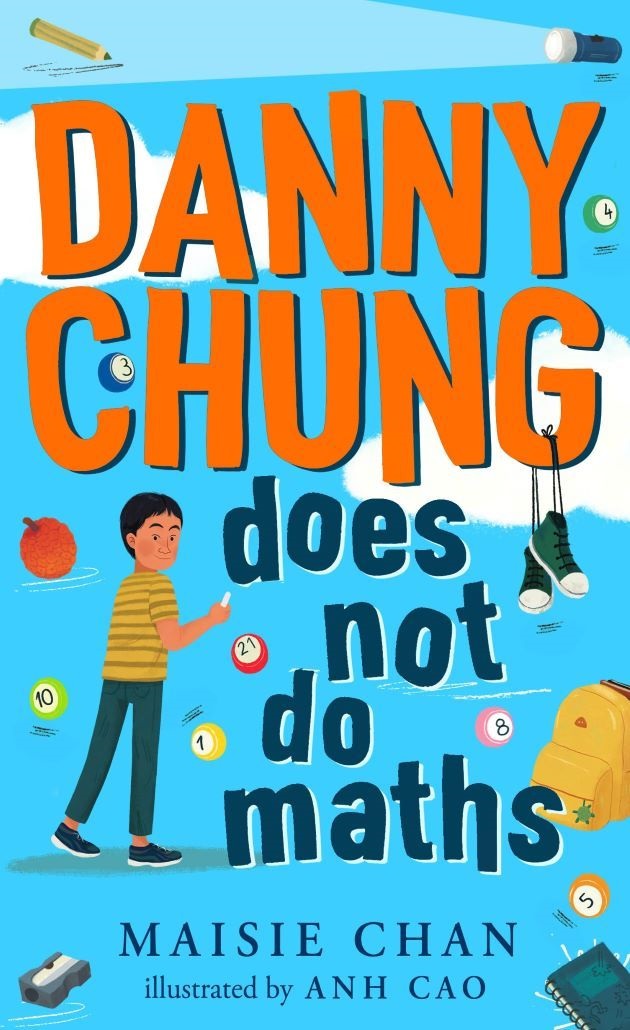 We are so excited to share the news that Maisie Chan’s children’s book Danny Chung Does Not Do Maths has won the 2022 Branford Boase Award.

The Branford Boase Award was set up in the memory of award-winning author Henrietta Branford and her editor Wendy Boase. It ‘rewards the most promising new authors and their editors, highlighting excellence in writing and publishing for children. The Award is made annually to the most promising book for children of seven and upward by a first-time novelist’.

Significant changes have been made to the Award this year: from a longlist of 24, the judges have chosen eight to shortlist, making this the longest shortlist in the award’s history. However, the subject matter remains diverse, as well as the age range: there are books for readers aged 7 to 17, and the genres include family dramas, fantasy adventure, science fiction and anarchic comedy.

Danny Chung Does Not Do Maths has been praised by the Branford Boase Award for its ‘well-rounded characters’, ‘important perspective’, and ‘depiction of the inter-generational relationship’. You can read Maisie’s shortlist interview here.

Congratulations, Maisie, we are so proud of you and your well-deserved win!

Danny Chung loves art. Unfortunately, everyone else – parents and schoolfriends alike – thinks he should love maths. Then his grandmother arrives from China, and she and Danny have to share a bedroom. It feels like a catastrophe, but could funny, intelligent Nai Nai turn out to be his best friend?