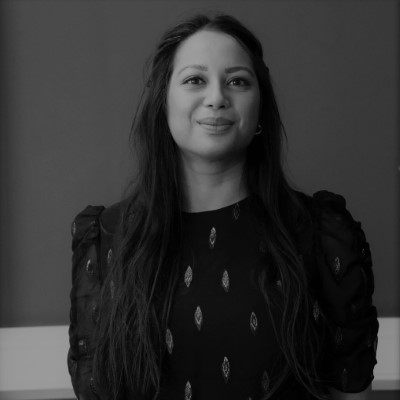 Shalina Patel is a historian, teacher and writer. After completing her BA in History at the London School of Economics, she obtained her teaching degree from the University College London’s Institute of Education, ranked several years in a row as the world number one for Education. She has spent the last 12 years teaching History at Claremont High School, a large mixed comprehensive school in West London, where she is also Head of History, Subject Leader in Education, and Senior Teaching and Learning Leader (a role created especially for her). She is one of the leading figures decolonising the history curriculum in the UK.

Patel won the Silver Pearson Teaching Award for Teacher of the Year in a Secondary School in 2018 and a GG2 Leadership & Diversity Award in 2020 alongside other winners including Bernadine Evaristo. Since 2019, she has trained hundreds of school leaders and teachers across the UK via the Outstanding Teacher Programme and spearheaded a new programme on decolonising education for primary and secondary schools, which has had huge uptake nationwide.

She has been invited to speak at prestigious national education events like the Schools and Academies Show, the Decolonised School Keynote workshop and the Independent Schools Association Annual conference. She has given talks about the importance of diverse histories including a TEDx talk and a panel event at Cheltenham Literature Festival alongside historian Kavita Puri and Dishoom founder and author, Shamil Thakrar.

She writes a history column for Eastern Eye, Britain’s number one Asian newspaper. She has been interviewed and featured across the media including BBC Radio 4 Woman’s Hour, the Guardian, BBC Radio 2 Jeremy Vine, Cosmopolitan, BBC’s Teach Me a Lesson podcast with Greg James and Bella Mackie and BBC News. She has collaborated with authors such as Kavita Puri and Sathnam Sanghera, and worked and appeared as a consulting historian for the documentary The Black Panthers of WW2 narrated by David Harewood. More recently, she has been working with the History Bombs YouTube channel on their British Empire content and is planning her second TEDx Talk, this time on hidden women from history.

At the start of the first lockdown in March 2020, Shalina founded The History Corridor on Instagram where she posts bitesize history lessons for people looking to reclaim their history education, which now has over 22K followers. The History Lessons is her first book.

In The History Lessons, historian and teacher Shalina Patel takes the reader through the History curriculum that her students experience today, as they learn history from Year 7 to Year 9 (when it is compulsory for us all). It will be a chronological journey through the familiar – the classic backdrops of Medieval Britain, the Tudors and the World Wars – but will differ in dynamic and transformative ways. It will serve as a history handbook of sorts, giving readers from all walks of life a deeper and wider view of history, shaped by Patel’s ongoing research, and in a style inspired by her pedagogical expertise on how we learn best.