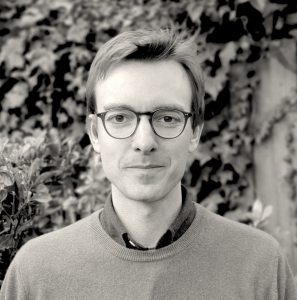 James Plunkett has worked for over a decade at the heart of public policy, exploring how to solve society’s thorniest problems.

In the late 2000s, he was working at 10 Downing Street when the full scale of the digital revolution started to make itself felt.

He has since spent ten years grappling with the social ramifications of economic change, from leading influential studies into the gig economy and prosperity, to overseeing technology at one of the UK’s biggest charities.

Optimistic and curious about the future, he shows how, even in difficult times, we can make society richer, fairer, and happier.

A GUARDIAN POLITICAL BOOK OF THE YEAR

Can we reverse the mental health crisis by getting rid of Mondays?

Is it time to stop poor people being poor by… giving them money?

Can we quell the fires of populism by giving young people a say in the future?

As the shockwaves of Covid 19 continue to spread, and as the smoke clears from a year of anger and unrest, many people feel forlorn about the future. In End State, James Plunkett argues that this can be a moment not of despair, but of historic opportunity – a chance to rethink, renew, and reform some of the most fundamental ways we organise society. In much the same way as societies emerged stronger from crises in the past – building the state as we know it today – we too can build a happier future.

James Plunkett has spent his career thinking laterally about the complicated relationships between individuals and the state. First as an advisor to Gordon Brown, then a leading economic researcher and writer, and then in the charity sector, helping people struggling at the front-line of economic change. James combines a deep understanding of social issues with an appreciation of how change is playing out not in the ivory tower, but in the reality of people’s lives.

Now, in his first book, he sets out an optimistic vision, exploring nine ways in which our social settlement can be upgraded to harness the power of the digital age. Covering a dizzying sweep of geography and history, from London’s 18th Century sewage systems to the uneasy inequality of Silicon Valley, it’s a thrilling and iconoclastic account of how society can not only survive, but thrive, in the digital age.

End State provides a much-needed map to help us navigate our way over the curious terrain of the twenty-first century. 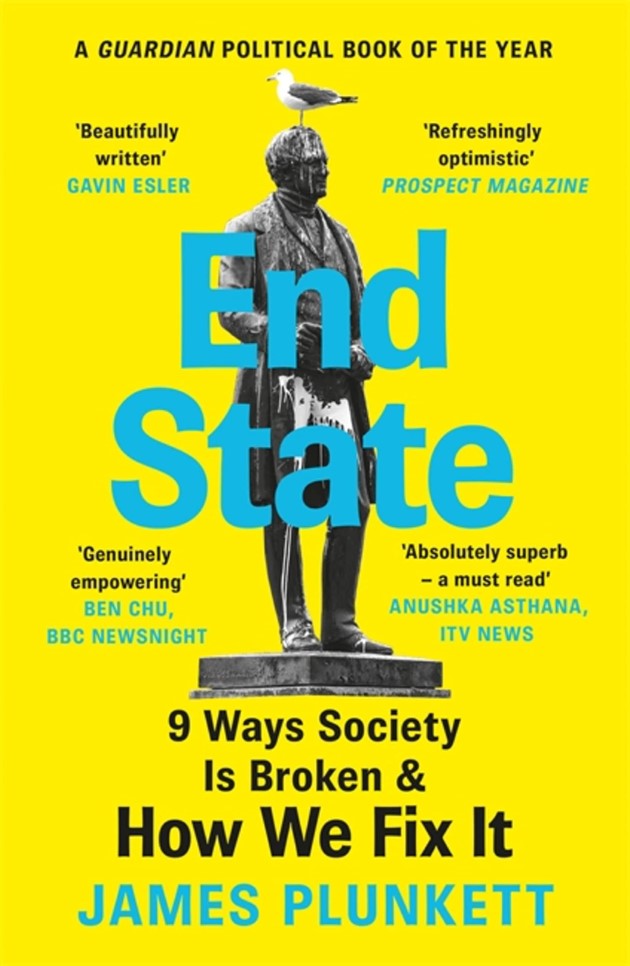 “End State is absolutely superb. If you're looking for a book that is honest about the problems of the future but leaves you hopeful about solutions,…”

“A deft – and rare – combination of vision and pragmatism, End State, offers a compelling set of ideas for those who refuse to let our…”

– James Ball, winner of the Pulitzer Prize and author of The System

“Insightful and revealing: a brilliant exploration of how ideas currently on the edge of politics could move into the mainstream.”

– Danny Dorling, University of Oxford and author of Slowdown

“Amid a drought of new ideas on the left, the former Gordon Brown aide turned thinktank wonk has produced a cheerful but realistic book arguing that…”